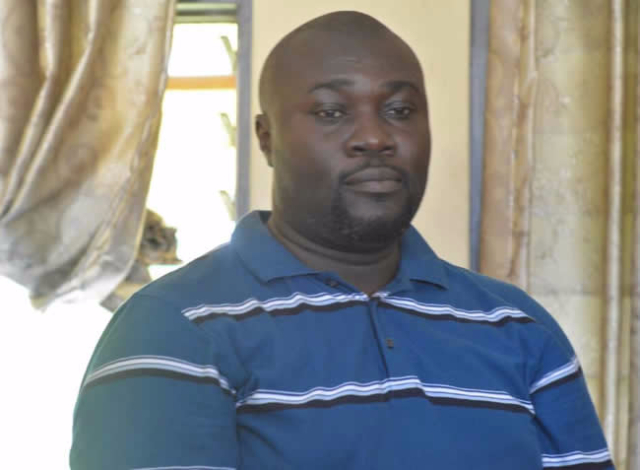 The Ashanti Regional Police have arrested a 34-year-old man who has been parading himself as a law lecturer at the Kwame Nkrumah University of Science and Technology (KNUST).

Micheal Asante, also known as Lawyer Asante or Micheal Yaw Antwi Boasiako has according to the police, defrauded a number of persons of an amount of GHS748,000 under the pretext of securing them contracts.

The fake lawyer also promised to, among other things enlist some of his victims into the security services, get them admissions into tertiary institutions and other unspecified jobs.

He, however, failed to fulfil his promise and went into hiding until his arrest on October 24, 2017.
Police say investigations conducted so far have revealed that the suspect also parades himself as a legal consultant.

On other occasions, he presents himself to his unsuspecting clients as a travel consultant and a Senior State Attorney at the Attorney General’s office in Kumasi.

During the month of April through to October 2017, introduced himself to two contractors as a special assistant to the CEO of the Ghana National Petroleum Corporation (GNPC) with a promise that he could secure them contracts to build oil storage tanks for the Tema Oil Refinery (TOR).

He then asked the two contractors to pay him an amount of GHS695,000 to facilitate the process for them.

The two contractors then gave him the said amount, but he failed to honour his promise and went into hiding.
The two mentioned the issue to a National Security Operative who managed to arrest him at Kumasi in his vehicle and handed him over to the Police.

Investigations have also revealed that he is not a special assistant to the CEO of GNPC neither has he gotten any transactions with TOR.

In the course of the investigations, others having heard of his arrest also reported to the Regional CID and complained that suspect Micheal Asante under the same guise collected various sums of money ranging from GHS5,000 to GHS40,000 to assist in enlisting them into the security services, secure them admissions into the tertiary institutions and secure them jobs in some Ministries and Agencies.

Investigations also revealed that suspect Micheal Asante is involved in a series of fraud cases in Accra and Kumasi and is being prosecuted in the Law Courts.

The police believe that there are victims who have fallen prey to his fraudulent activities and are urging them to report to the Regional CID to assist in further investigations.