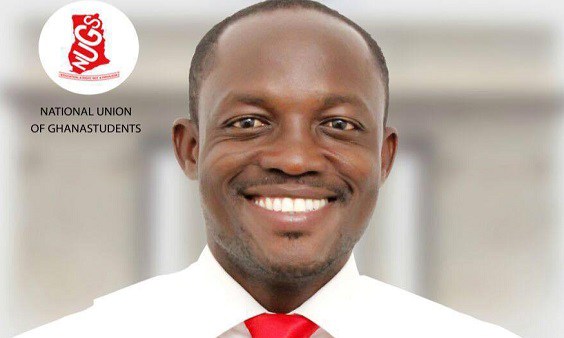 A self-styled president of the National Union of Ghana Students (NUGS), Luqman Abubakari, and three others have been ordered by the Accra Circuit Court to sign a bond to be of good behaviour for two years or serve two years in prison in default.

The four were arrested in October last year for engaging in hot exchanges at the premises of TV3 in Accra leading to firing of gunshots.

Abubakari, Abdul Kudus Adams, Isaac Kwame and Eric Sofo were then arraigned on conspiracy to commit crime, unlawful entry, assault and rioting but they pleaded not guilty to the charge.

However, the court on Tuesday found them guilty and accordingly convicted them but were spared custodial sentence following a plea by their counsel, Gary Nimako Marfo to the effect that they were first offenders.

Before sentencing them, Mr Nimako Marfo pleaded with the court to temper justice with mercy, stating the four had no crime record, and that they have regretted for the various roles they played in the chaotic scene at the TV3 premises last year.

He further told the judge the convicts were breadwinners of their families with unemployed wives and that any custodial sentence would impact negatively on the entire family.

The court taking into account the plea of Mr Nimako Marfo, sentenced them to sign a bond to be of good behavior for two years or in default, serve two years in prison.

Meanwhile, lead counsel for the convicts, Raph Agyapong, has served notice they would appeal the judgement of the Circuit Court.

He said he is not satisfied with the decision of the court to bond his clients to be of good behavior, indicating that the prosecution did a terrible work in telling the court exactly what happened.

He argued that one of the witnesses in the case was inconsistent with his submission.

The court had heard that on October 11, 2016 about 21:45 hours the police had information that riots had broken out on the premises of TV3.

According to the prosecution, on the same day police investigations revealed that a producer of TV3 known as Kombla Klutse invited Julian Mawuse Cobbina a student of GIMPA Law School to the premises for an interview following his election as National Union of Ghana Students (NUGS) during its news at 22:00 hours.

Mr Cobbina and his executives arrived at the premise and there were exchanged of words between Abubakar and Mr Cobbina.

In the process, Mr Cobbina and his team were allegedly assaulted and were chased away.

Personnel of TV3 could not handle the issue and sought assistance from the Police who intervened and arrested the accused persons.