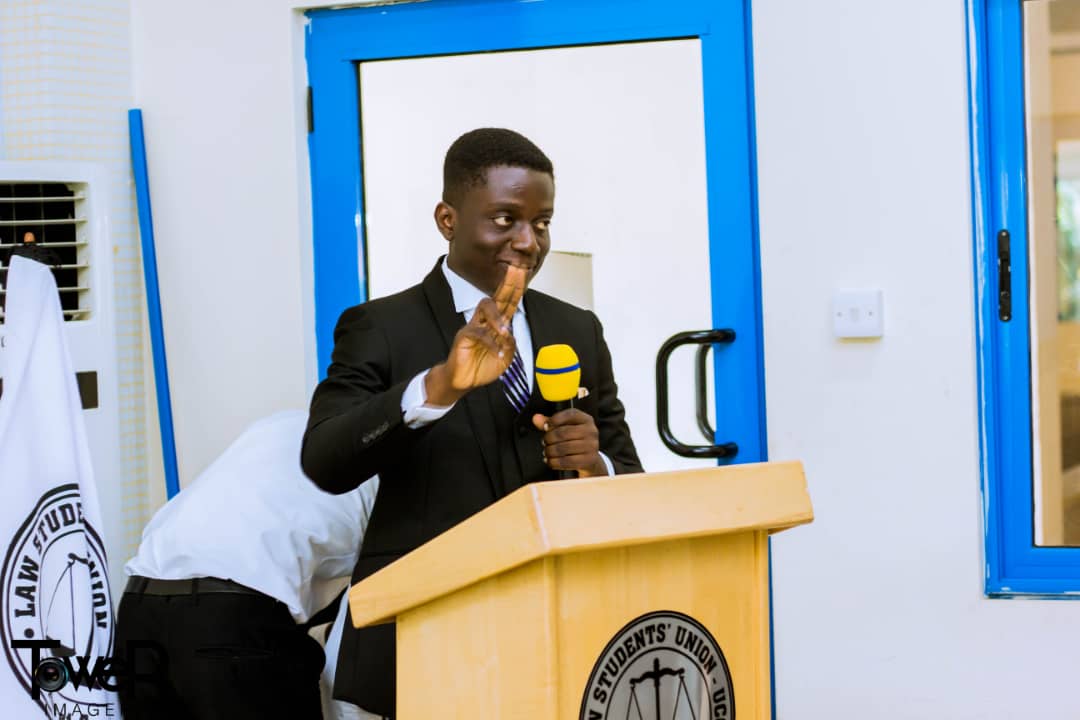 Mr. Felix Assan has been overwhelmingly endorsed by students of the Law Students Union of the Faculty of Law, University of Cape Coast, as the Union’s President for the 2019/20 Academic year.

He was declared winner on Tuesday afternoon with 125 votes to beat his closest contender, Mr. George Acquaye, who polled 87 votes, the Electoral Commission of the Union, headed by Mr. Twebeboah Koduah, commonly referred to as TK, announced.

According to the Commission, the other four key positions were contested unopposed, paving way for voters to either vote for Yes or No to confirm or reject candidates.

After the close of polls, voters confirmed the election of Miss. Elizabeth Eshun as Vice-president, with 189 Yes as against 17 No votes.

The Secretary position went to Miss Sarah Tetteh, who had
199 Yes votes,whilst 10 No votes were cast to torpedo her election.

A former student reporter at Campus-owned ATL Fm, Miss Leticia Okata, was elected Treasurer, having 183 Yes Votes as against 25 No votes.

With 180 Yes votes, Mr. Ahenkan Kwaku Oware, a former Teaching Assistant at the Department of Ghanaian Languages and Linguistics, emerged as Organising Secretary.

Twenty-nine students voted No to oppose the election of Mr.Ahenkan Kwaku Oware.

The Electoral Commissioner congratulated the victors and commiserated with Mr. George Acquah, who pledged to support the newly -elected President after accepting defeat.

The elected officials are due to be sworn into office in the coming days.