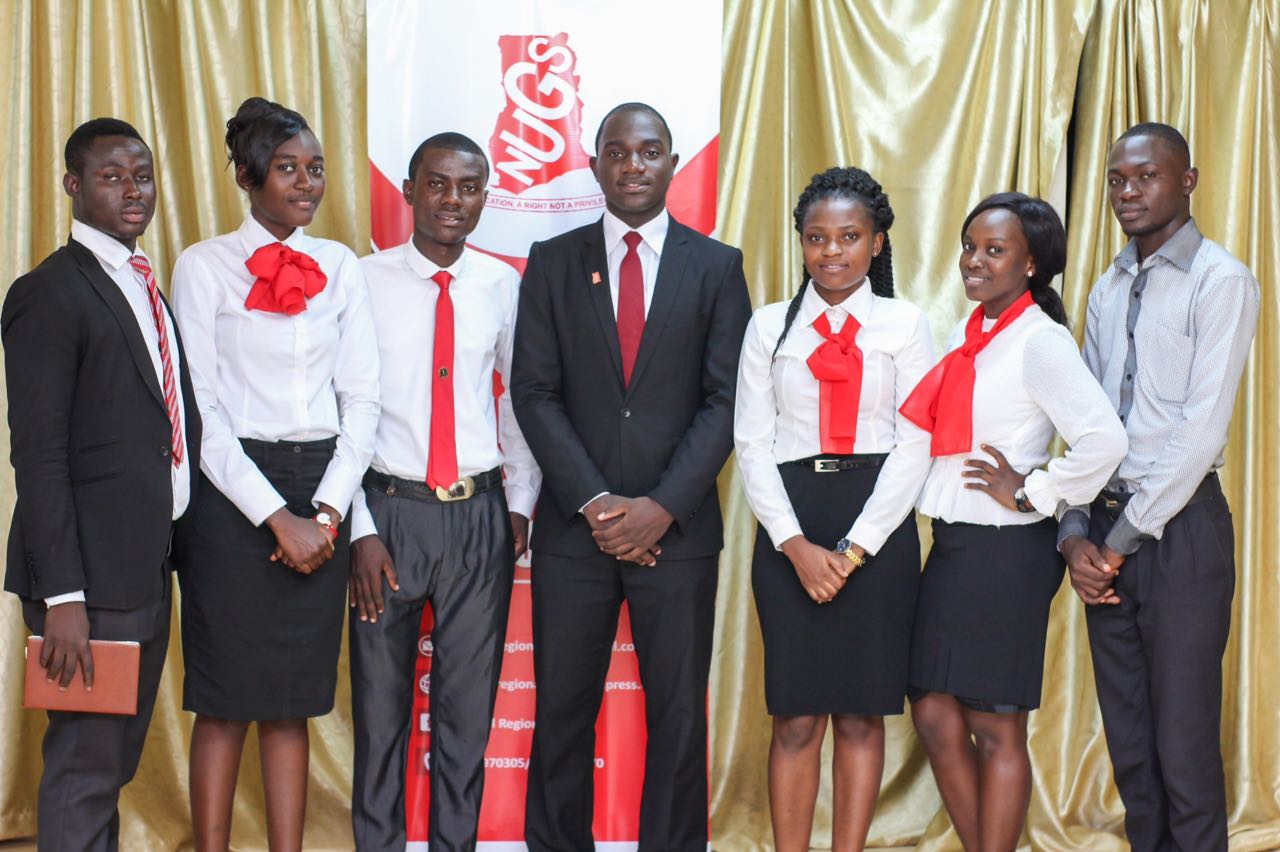 Speaking at the inauguration, Mr. Albert Awortwi the UCC Local NUGS President highlighted the need for a Regional NUGS Bloc.

In his inaugural address, the Central Regional NUGS President, Mr. Theophilus Saki Sosi touched on how his administration was going to advocate and attend to the educational challenges of students within the region.

Mr. Sosi lamented some of the challenges in the Region. On the Junior High School level, he touched on the poor pass rate of BECE candidates in the region. However, he indicated that, the problem should not be the problem of one but the problem of all. He said “the problems that our students in basic schools face is not the culpability and responsibility of our teachers but it should be ours too”. He assured the gathering that “the task is not going to be easy, is very difficult but we will not lose faith”.

The First President of the Bloc thanked the UCC Local NUGS President for the work done in establishing the Central Regional Students Representative Council (SRC) that will help address the challenges faced by students at the Senior High School level. He promised to expand its frontiers to include more schools.

Touching on the Tertiary level of education, he called for more unity among tertiary institutions in the Region to fast track the solution of problems and he assured that the Central Regional NUGS Bloc was going to facilitate this unity.

After his speech,  goodwill messages were received. Prominent among them was a message from the National Executives of NUGS. A message signed by the National Coordinating Secretary of NUGS, Andrews Adjei admonished the Central Regional Executives to leave a lasting legacy.