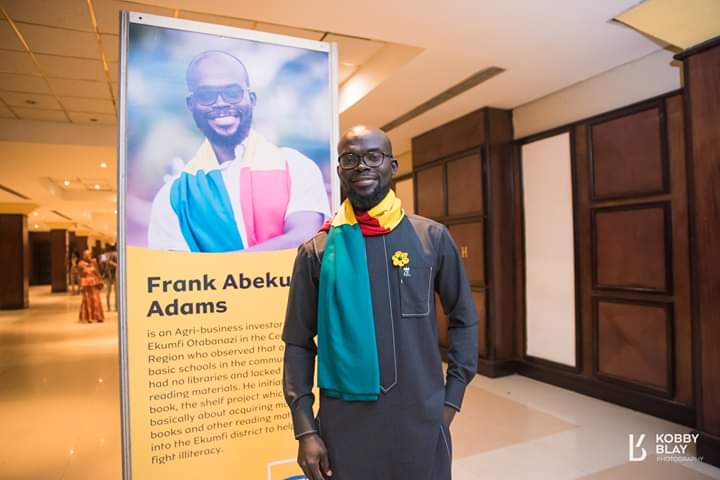 Frank Abeku Adams was one of the heroes recognised for their philanthropic works at the 2019 edition of the MTN Heroes of Change which took place at the Accra International Conference Centre last Friday.

The former NUGS president of the University of Cape Coast (UCC) and the astute member of the Economic Fighters League won a cash prize of GH10,000 to support his philanthropic works.

The agri-business investor — through his Book the Shelve project— has been at the forefront of stocking the libraries at the senior high school and basic schools with the right books which has improved the level of literacy and education in the Ekumfi district.

Abeku tells a riveting story of how his research studies for his undergraduate certificate took him to Ekumfi, as a volunteer teacher, inspired him to begin the journey of changing the narrative for school children and the people of Ekumfi.

The overall winner for this year’s MTN Heroes of Change went to 26-year-old Charles Ofori Antipem whose innovative science set and mobile laboratory redefines practical science education by shrinking a science laboratory into the size of a textbook.