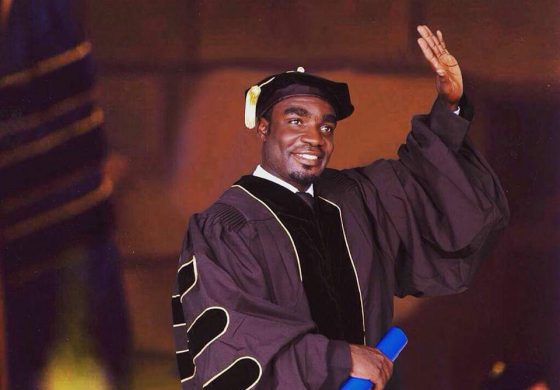 A graduating PhD student, Sebastian Roy Osumanu, who graduated with a PhD in Financial Economics at the University of Amsterdam last Friday set a record by sweeping five Awards.

He attended University of Cape Coast in Ghana and later  proceeded to the University of Amsterdam through the Erasmus Mundus program to pursue his masters program in Economics. He graduated as the best international student from a challenging course and eventually won the 2014 ERASMUS MUNDUS NOBLE ECONOMICS PRIZE.

He later won a scholarship from the world Bank Group to pursue a PhD program in the same university. He has finally  completed his PhD program in 3 years instead of five to seven years.

During his graduation last Friday dated 1st September,  2017, he set a record by winning 5 strong awards which include;

The School of Business Honor

In an interview,Dr. Sebastian remarked that, “First and foremost we give all the thanks to God.Well it was a great feeling after receiving those awards though I didn’t expect as many as five awards since my school is among the top world best universities and you can however imagine the caliber of intellectuals who studies there as well.

So I knew most of them will also get some of the awards but in the end I think hard work and dedication made the difference.
I gain lots of motivation from the fact that I hail from a continent that has in long years been looked down by the other continents as poor and underdeveloped with weak people

I however always work hard just to make the difference and also show to the world that Africa isn’t about bad things and even history makes us understand that civilization itself started from Africa.But I think after the graduation, people really saw the difference that Africa got the best also.”

According to him, he recently competed in the world econometrics championship competing with students from Harvard amongst others. He has been offered a chief Economist appointment by the World Bank Group to join the Europe Financial Analyst team in Macedonia. Ghana, Africa and the world.

Kindly check out some of the pictures from his graduation ceremony: