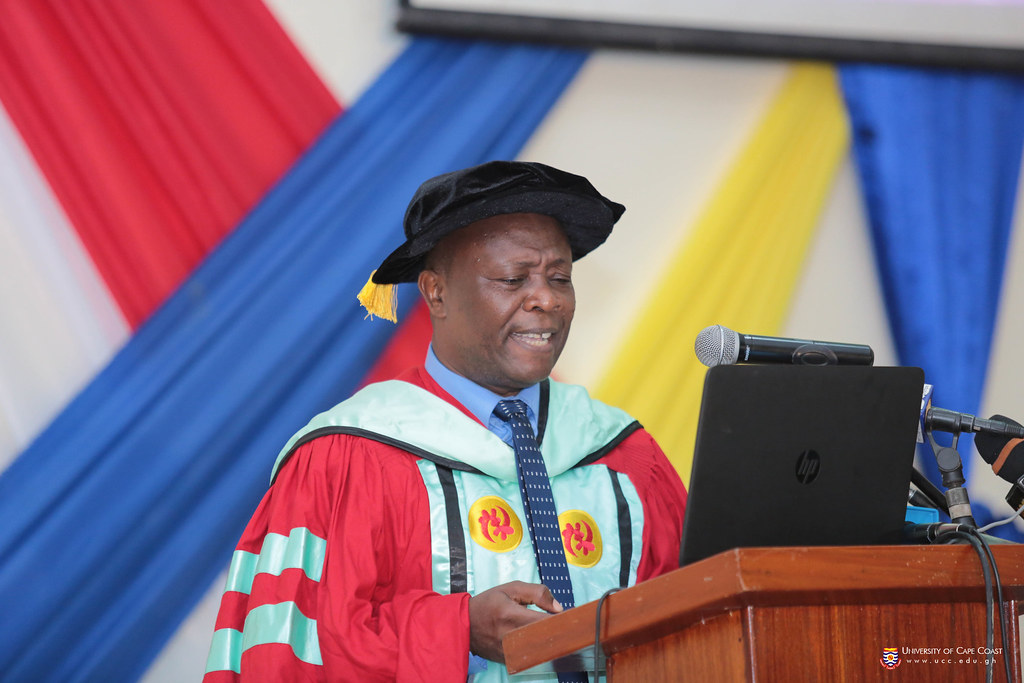 Govt has a hidden agenda with new universities bill–UCC Prof.

The government has a hidden agenda as it seeks parliamentary approval for the new Universities bill, the Dean of the School of Education, Development, and Outreach of the University of Cape Coast, has said.

With the government and academia shadow boxing over the new law, which seeks to harmonise the operations of all public universities, the respected academic said there was more than the government was willing to admit.

“If we go into Section 47 of the bill it reads, the minister may give directives on matters of policy through the Ghana Education Service to the public universities and the public universities must comply, and this is where stakeholders concern must come up because the government is using this to clone their real motives,” he said.

He is not alone. UTAG recently said the yet-to-be passed law sought to take back power from university management, academics and their unions and students, and place them in the hands of the President the Minister of Education, the National Council for Tertiary Education(NCTE) and the government’s majority representatives on the university council the ultimate powers to make decisions for all public universities.

Prof Oduro joined his peers in academic who strongly believe that the new law would stifle “academic freedom” and “destroy quality policy in the country as a result.”

He cited an instance in 2010 when he served as the Chairman of the Takoradi Technical University council and confronted a similar situation.

“In 2010 I was the chairman of the Takoradi Technical University [council], a Deputy Minister calls me and asked me to let the then rector to proceed on leave.

“I asked why, because the Act clearly states that the chairman of the council and the council is the highest decision-making body and so I drew his attention to that. I was almost removed but for the authorities going strictly according to the provisions of the Act.”

That is not all. “Again in 2011, another Deputy Minister of Education via a radio announcement decided that a program that had been approved by the academic board of the University of Cape Coast which was approved by the Ghana Accreditation Board should be removed and taken to GIMPA.

“There too we had to make reference to the Act’s provision and because of that the order couldn’t be implemented,” he said.

His option was that it would be better to strengthen the existing law.

“Let us strengthen the existence of the Acts and encourage the government to see to it that operational councils observe what it says. This will then deter government’s intention because failure to do that will see government interfering in all affairs of tertiary institutions.”

Not true
However,  the Head of Communications of the Ministry of Education, Vincent Asssafuah, dismissed the claims.

He said the bill had no intention of stifling academic freedom but rather to harmonise the governance, administration, and accountability structures of public universities.

“Now is there any part of the bill that is put forward to Parliament that suggests that a university lecturer cannot go ahead with any research and the university council may have a problem with or without?

“Is there any part of the bill that shows that a lecturer or a staff of the university cannot do what he or she has been doing before the introduction of this bill?

“If there is nothing like that then the issue of academic freedom is one that is exaggerated in my opinion because academic freedom does not necessarily mean that the management or the leadership of the various universities could do whatever they want at any point in time,” he said.

Outrage
It was a day academics wore gloves on the show on. The  Acting Dean of International Programmes at the University of Ghana, Prof Akosua Adomako Ampofo, did not take kindly to suggestions that misappropriation of funds was part of the reasons for the new bill.

“We can count the number of financial scandals in our Universities history of 60 or so years on one or two hands. But take our own ministries, who should oversee us, year after year we listen to the Auditor General, and you see the financial scandals that are there,” she said.

She noted that the public universities had well-regulated systems that enhanced the management of funds far better than many public institutions.