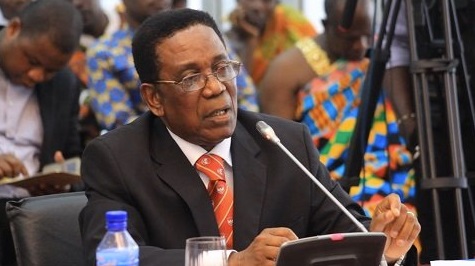 The Minister of State in charge of Tertiary Education, Professor Kwesi Yankah, has challenged universities to increase graduate enrolment at the doctoral level to enable them to take over from ageing lecturers.

He said that was critical to strengthening university education as the country prepared to cope with the avalanche in 2020 when the first batch of free SHS graduates would be seeking tertiary education.

Prof. Yankah suggested that all universities should make graduate training an integral part of their education to speed up the number of doctoral level graduates they produced.

He commended the University of Ghana, Legon for expediting the policy of increasing its doctoral enrolment, leading to a high number of doctoral students over the past five years.

Prof. Yankah was speaking in an interview on the implications of the huge number of the free SHS products seeking university education in the next two years, vis-à-vis the decision by the Auditor-General to remove all lecturers beyond the age of 65 on post-retirement contract from the government payroll.

Auditor-General’s position
The Auditor-General, Mr Daniel Domelevo, recently complained that public officers who should be on retirement kept renewing their contracts, thereby choking the system.

According to him, the continuous contract extension was a contributory factor to graduate unemployment because persons who attained the retirement age and ought to give way continued to renew their contracts.

Graduate unemployment
Prof. Yankah said nobody contested the fact there was graduate unemployment, but insisted that “in the area of academia, I don’t think there is any evidence that the presence of professors on post-retirement contract has blocked the entry of new lecturers”, pointing out that there had been a huge deficit of lecturers in the public universities.

“Currently, there is a huge deficit of lecturers in many of the public universities and the universities are often given clearance for hiring from year to year,” he said.

He said even though he did not have the student-lecturer ratio, the professorial rank was a critical one for quality academic work and research within the university.

Free SHS products
Prof. Yankah said he was worried that the huge number of students expected to seek university education would require that many more lecturers be hired and wondered what would happen if the universities were compelled to let go their senior professors who were on post-retirement contracts.

He said out of the 145,000 SHS graduates who would be seeking tertiary education in 2020 and beyond, statistics showed that 70 per cent of the graduates would be entering the public universities to pursue their university education and, therefore, expressed the fear that if care was not taken, the emphasis would be on quantity and not quality.

He said the old professors were needed now more than ever to mentor the young lecturers and train the doctoral graduates in their research to enable them to acquire what was required of them to take over completely from the ageing professors.

Dilute university education
Prof Yankah was, therefore, of the view that “if we are stampeded into throwing out professors who are able and are still at post on contract, we stand the risk of diluting the quality of education in the universities as from 2020”.

Prof. Yankah, therefore, expressed worry that if the Auditor-General went ahead with his intended action, it would amount to defeating the much cherished educational policy of the government at improving access to university education.