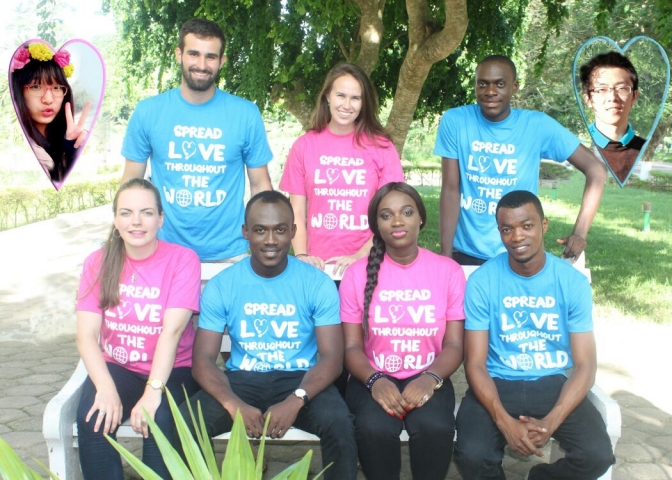 Senior journalist Spencer Kwabena Boateng Mensah has taken to music as another effective means of practicing mass media communication.
The medium is geared towards communicating to his audience issues of national and international concern which otherwise might only be news stories of a bulletin.
His first single is a humanitarian song which aims at assisting The United Nations (UN) in the attainment of its objectives including the preservation of world peace and the provision of humanitarian aid.
The song features nationals from different countries like the United States of America (USA), the United Kingdom (UK), China, Zambia, Nigeria, and Ghana of which some performed in their native dialects.
Themes expressed in the music are not limited to religious tolerance, provision of quality education and healthcare to all, armsgiving and unity.
The music, “Spread Love” is officially going to be launched on April 29, 2016 at the University of Cape Coast’s (UCC) main auditorium during the awards night of the Department of Theatre and Film Studies, UCC. The ‘journo-singer’ is going by the name “Bezzle Spencer” (as used on social media) in the music industry.