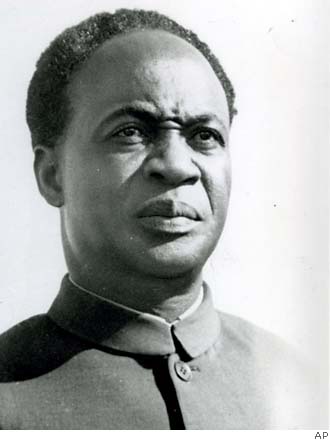 Kwame Nkrumah Faced Intense Opposition from Indigenes than the British

The Head of the Department of History, Prof. Joseph Kwarteng has indicated that the first President of Ghana, Osagyefo Dr. Kwame Nkrumah faced intense opposition from indigenes than the British Colonial Government when he led the fight for independence.

Prof. Kwarteng made this statement when he presented a paper on the topic “Political Opposition to Kwame Nkrumah, 1949-1957.

He noted that despite Dr. Nkrumah’s determination to secure independence from the British within the shortest possible time, some Ghanaians particularly members of the United Gold Coast Convention (UGCC), a nationalist movement strongly opposed this idea. He however, indicated that Ghana at that time had the basic structures that qualified the country for self-rule.

Dr. Nkrumah encountered opposition in his quest to lead the nation to win his nation’s complete independence from the United Kingdom as well as when he became the Prime Minister and later the President of Ghana. He pointed out that the opposition to Dr. Nkrumah stem from his personality, ideology, policies and style of leadership.

Some of the prominent political parties and organised groups that opposed Dr. Nkrumah were the Northern People’s Party (NPP), National Liberation Movement and the Ghana Christian Council. He stated that unfortunately for the people that opposed him, his style became more appealing to most Ghanaians especially those he referred to as ‘commoners’ even after he had won the election.

Prof. Kwarteng also noted that Dr. Nkrumah began to suppress all forms of opposition, firstly, by outlawing regional based political parties in Ashanti land and the North. He said the opposition parties saw Nkrumah as a dictator who did not entertain contrary opinions. Dr. Nkrumah had several clashes with the Christian Council on his utterances against them.

In the wake of the hostility towards Dr. Nkrumah, the opposition parties could not succeed because they were myopic and above all poorly organised, Prof. Kwarteng noted. He mentioned that the CPP never lost its relevance as an organised party with Dr. Nkrumah as the leader. He noted that Dr. Nkrumah was able to resist the opposition parties because he was fully consumed by politics and offered practical solutions to problems.