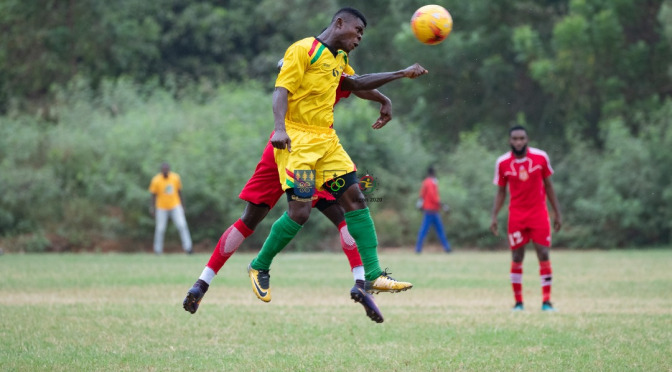 The male football team of the University of Cape Coast has inflicted on the Kwame Nkrumah University of Science and Technology their first defeat in the competition.

KNUST, until their Monday defeat to UCC, were the only male football team to lose a game.

In a game that was highly characterized with fouls and injuries, saw the KNUST team defend strongly after scoring first in the first half.

KNUST’s leading scorer, Foster Ajago, was substituted into the game at the beginning of the second half but his presence did little.

UCC, after several minutes of threatening attempts on goal, found the equalizer and subsequently added another to take the lead for the first time in the game.

Their victory over the Kumasi boys send them to the number one position on the league table with KNUST now placing second after 7 games for both teams.

KNUST’s next game is on Tuesday against the University of Education, Winneba, who are fourth on the league table with 14points.