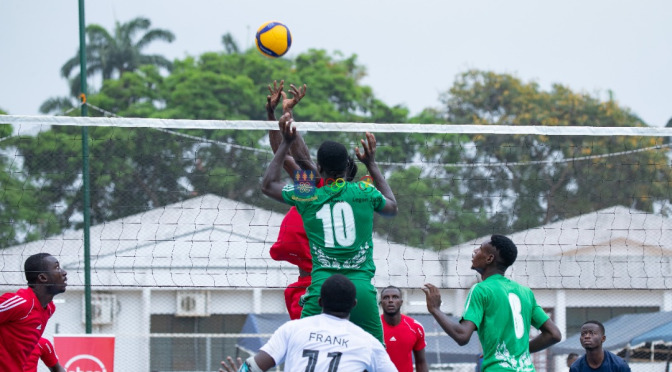 University of Professional Studies, Accra (UPSA) was no trouble for the University of Cape Coast as the coastal folks secured a victory in three straight sets in men’s volleyball.

The game which began with UPSA making the first score was quickly overturned as UCC overtook them by claiming the first and subsequent sets with a score of 25:12, 25:12 and 25:14 respectively, granting them what seemed to be an easy victory against the Accra-based boys.

Whilst many believe that the UCC team underestimated UPSA, their coach, Eden Chapnour says they never did.

He admits that although they identified UPSA as underdogs in the competition, they did not relent in putting up an excellent performance.

UCC’s final hurdle is against host school University of Ghana, a game coach Chapnour says he looks forward to.

He says that his team is hopeful of securing victory over UG, the game is going to be a difficult one for them.