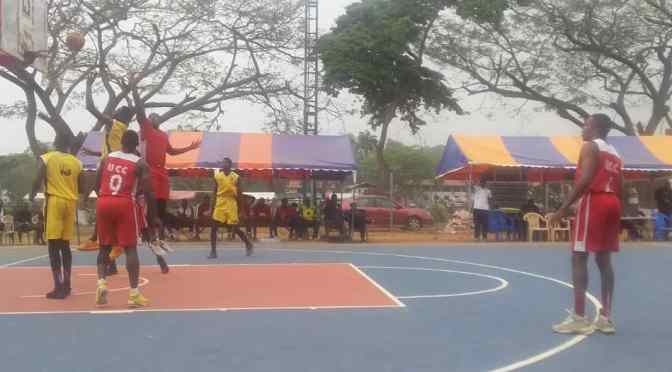 The Cape Coast boys made light work of their opponents from Tarkwa in an easy route, leaving the Miners suffer a 81-33 defeat.

In the first quarter, University of Cape Coast scored 22 while UMaT made 4 baskets. The quarter was intense thanks to the posture of the UCC players. Whiles maintaining a calm posture, UCC made sure to not let any opportunity to score slip by.

The second quarter was no different as UMaT could not score a basket in the first 5 minutes.

UCC however continued in the same grace while scoring almost all fouls earned.

UCC’s Skywalker, who is the captain of team, made the most points in this quarter.

The quarter ended with UCC scoring 40 baskets and UMaT scoring 9.

The third quarter started well for UMaT with a point 3 score in the first minute.

They made 8 more points resulting in 20 points by the end of the quarter and UCC ended this quarter with 58 points.

The last quarter was as charged as always  with UCC adding finishing touches to the game.

In the end, they emerged winners with 81 points and UMAT trailing with 33 scores.