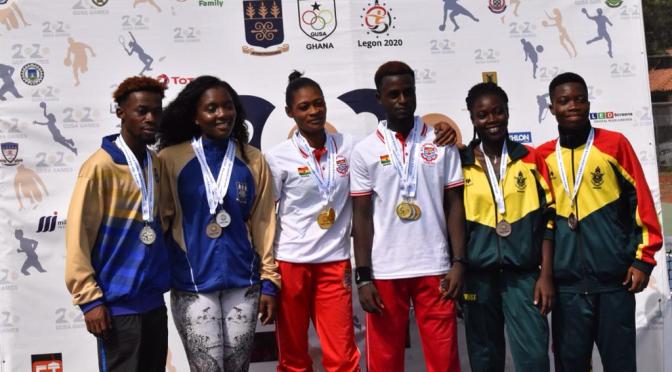 The Cape Coast-based institution managed to establish superiority over University of Education, Winneba (UEW), University of Ghana (UG) and Kwame Nkrumah University of Science and Technology.

Team UCC won a total of 7 medals in the sport, leaving UEW and UG with 6 each.

KNUST’s efforts could only get them one medal – Bronze.

Although UCC’s men’s team won gold in both the singles and doubles events, their women’s team, on the other hand, could only get gold in the singles event.
The UCC mixed team of Emmanuel Plange and Antoinnete Cruickshank were too much for the UG team of Francis Akpese and Naa Shika Adu, and the KNUST’s Isaac Kofi Martey and Gertude Akweley Quartey.