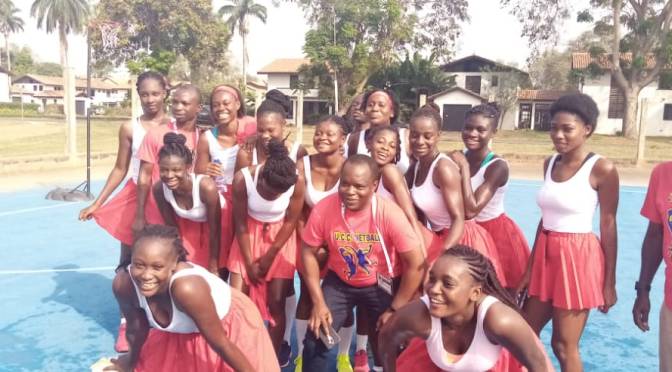 University of Cape Coast has once again grabbed gold in netball at the Ghana Universities Sports Association Games, off laying threats from the likes of University of Ghana , Kwame Nkrumah University of Science and Technology and University of Education, Winneba.

This is the fourth consecutive time UCC is winning gold in the sport.

Although UCC was in poll position to finish tops in Netball but had win against University of Ghana to confirm the supremacy in the discipline.

Their final game against host University of Ghana saw them win 56-24, making it their fourth in four games.

Speaking to the coach of the UCC team, Dr. Edward Wilson Ansah, said

“No match is easy. If you observed, I played my best seven throughout the 60minutes. I didn’t take the match as an easy match. Some of my players are very experienced players and some play at the national level but I still have control over them and they play as a team.”