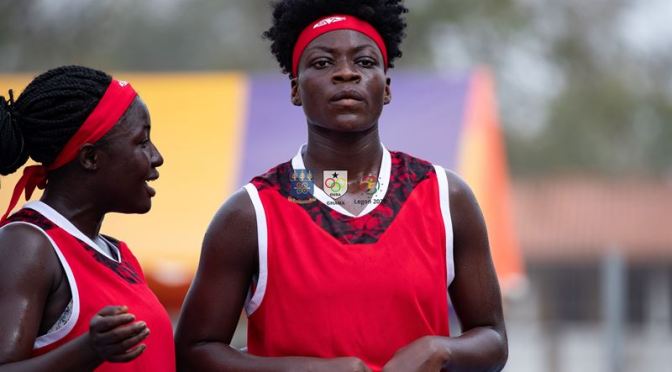 This was a game that promised fireworks. Two teams that were  undefeated in their previous games locked horns in what was the final Game of the 2020 GUSA Women’s Basketball.

The top of the table clash between UG and UCC started with the host school taking an early commanding lead as they played with aggression and passion looking the hungrier side of the two.

Cheered on by their ever spirited fans, team UG kept piling the pressure on UCC as they uncharacteristically missed lay ups and shots ending the 1st quarter with 4 points to the 12 of UG.

The second quarter was a similar story to that of the 1st with the female basketball team of UG being the superior team making more baskets and taking full advantage of the turnovers from UCC.

The quarter ended with UCC managing half the points of UG who scored 24 baskets.

Team UG did not look a team that was stopping any time soon as they kept the pressure on the Wild Pussies despite the long 2nd quarter break.

The team from Cape Coast became frustrated as they were taunted by songs by the UG fans.

The game was still in the hands if the UG team with the majority of the baskets in their way.

The Final quarter started with the UG Amazonians changing their entire five that ended the 3rd quarter.

In the end, the Wild Pussies were well beaten by the Amazonians of UG.

The victory for the Amazonians secures them gold in the 2020 GUSA women’s basketball competition.