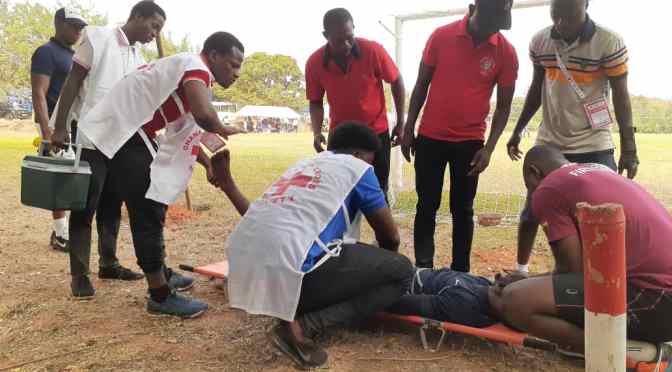 The football match between the University of Professional Studies, Accra (UPSA), and the University of Cape Coast (UCC) in the ongoing Ghana Universities Sports Association (GUSA) Games was brought to a halt after the UPSA goalkeeper went unconscious.

Martey K. Emmanuel was quickly attended to by the GUSA medical team who were on standby, preventing any further untoward situation.
According to the medical team, Emmanuel had failed to eat before the game.

The game subsequently continued with Ellis Gogo coming in for Martey Emmanuel.

UPSA managed to secure a 1-0 victory over UCC in this particularly.