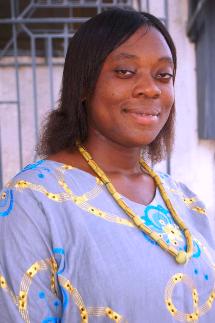 The Women’s Commissioner (WOCOM) of the local secretariat of the National Union of Ghana Students, Miss Millicent Obeng has passed on. Her death was reported and confirmed by choicism.com last week.

Sources close to the former Women’s Commissioner tells us that she was ill for some time and left for the house to receive treatment when the sad event occurred.

Until her departure to meet her Lord, she was a respected leader who had previously served as an SRC representative for Adehye Hall. The late Millicent Obeng, a final year student was a model student leader and a women’s advocate.

Her graceful presence could not be ignored at any event and she will be remembered for the style and confidence with which she presented her ideas and messages on all platforms and at all levels. There is no doubt that the university and the country at large has lost a budding leader and advocate.

Choicism.com wishes to express our condolence to the family and friends of the late Millicent Obeng.