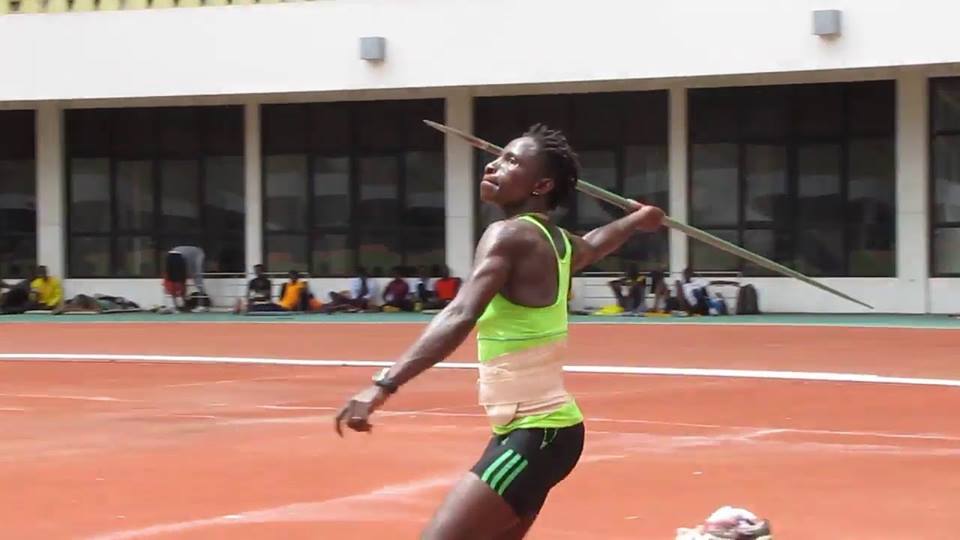 By Abdul-Karim Mohammed Awaf on November 8, 2018

Ghana’s heptathlete, Margaret Simpson has won two laurels so far in the ongoing 14th edition of the West Africa Universities Games (WAUG) in Port Harcourt, Nigeria, where she is representing the University of Cape Coast (UCC) .

The 38 years-old and the oldest athlete at the competition won gold in the Women Javelin with a distance of 47 meters and silver in the Shot Put with a distance of 11:23 meters, according to veteran sports journalist, Saddick Adams.

Media reports recently suggested that the award-winning athlete had resorted to hawking and selling cooking oil on the streets of Ejisu in the Ashanti Region to make a living since she was yet to receive her prize money from the Ministry of Youth and Sports.

But choicism.com can report that the gold winner at the African Championship at Porto Novo in Benin 6 years ago, has been offered admission to pursue a degree programmme at UCC.

It is not clear whether UCC decided to go to her rescue following the earlier media reports.

Choicism.com will keep you updated on this story.