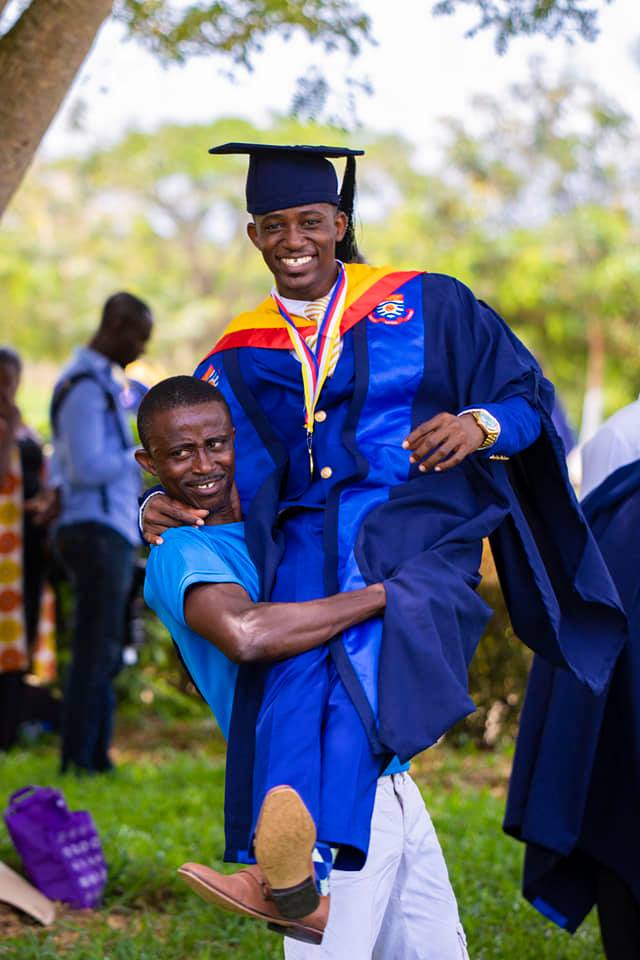 By Abdul-Karim Mohammed Awaf on October 4, 2019

Mivheal Teye Tetteh emerged the overall best student of the College of  Education at the just ended 52nd congregation of the University of Cape Coast. Choicism.com is reliably informed he had a CGPA of 3.86

The native of Krobo Odumasi in the Eastern region and the past student of West Africa Senior High shared his success story on his facebook page. 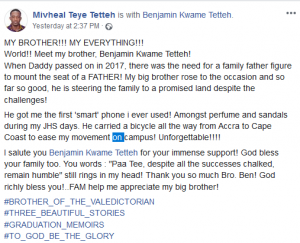 Mivheal also shared the story of life and how he overcame the struggles of life to achieve that laurel.

According to him he once sold banku and soup as well as roasted maize and plantain in order to make ends meet.

Tetteh did not only sell banku and soup, but also tried his hands on roasting maize and plantain amongst others at some point.

Tetteh, also known as TT by his colleagues, thanked his brother, Benjamin Kwame Tetteh, for contributing positively to his life.

He noted that there was a need for a family father figure when their biological father lost his life in 2017 and Benjamin stood up for the family.

“Benjamin rose to the occasion and has been a phenomenal figure who has steered the family unto greater heights despite challenges that have been dealt with,” Tetteh wrote.

Despite all the struggles, Tetteh said he had a burning desire to achieve success. 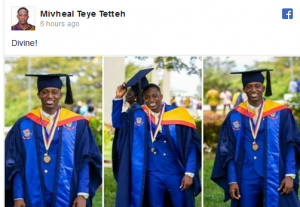 According to him, his church, Calvary Baptist Church, Adenta, also played a major role in his success story. He also recounted how he usually participated in games such as football, soccer, debates and dancing in both his church and school.

His personal philosophy in life has always been “where determination exists, failure cannot dismantle the flag of success”.

Tetteh believes the upcoming ones should remember that unfavourable backgrounds are to serve as springboards to favourable heights one wants to enjoy.