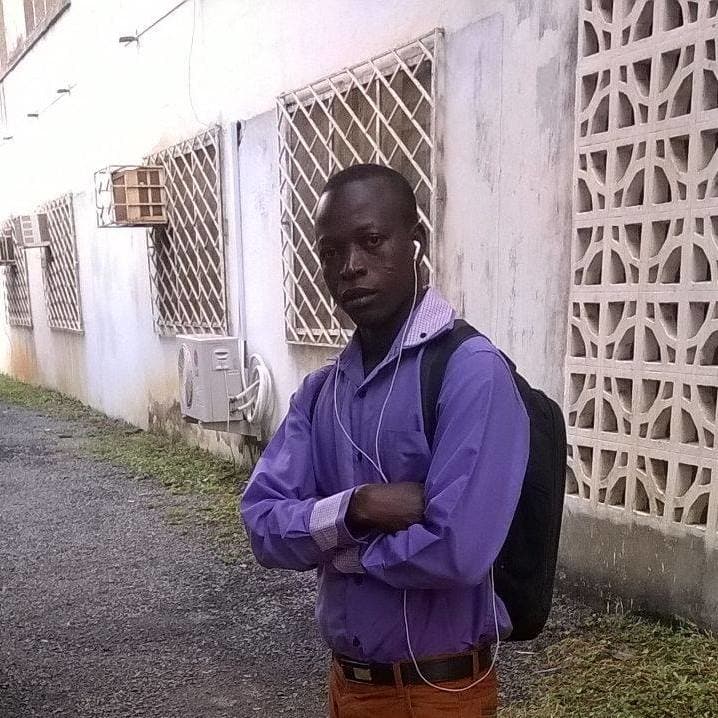 A graduate of the University of Cape Coast (UCC), Samuel Agbene, is currently on the streets selling to make a living following numerous failed attempts to secure a job.

In a documentary aired by UTV, the young man narrated that he completed UCC in 2016 with a degree in Education but has still not been able to find a job. He explained that this has forced him to return to the streets, where he sells t-rolls and other toiletries to make a living.

Samuel has a B.A. Education from UCC and specialises in Biology and Chemistry education. He disclosed that he started selling in 2016 in order to fund his education. However, despite successfully graduating as a teacher with a Second Class Upper, he has increasingly found it very difficult to find a job in the classroom.

He explained that he did his national service at the UCC University Basic School, where he was even awarded for his hard work. He said he applied for the double track system teacher recruitment but was told he didn’t meet the qualification requirement.

He said he is sometimes subjected to mockery by some of his colleagues, who believe he wasted so much money on education only to return to the streets to sell due to unemployment. According to him, the situation is very frustrating and called on the government to do its best to employ graduates.

Currently, Samuel has undertaken the teacher licensure examination and is hoping that the best comes out of it.