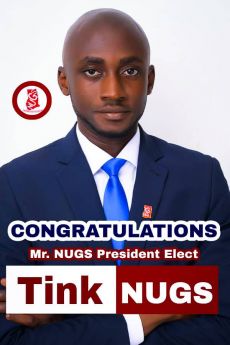 NUGS holds 52nd Congress despite boycott by some universities

The embattled 52nd Delegates Congress of the National Union of Ghana Students (NUGS) came off last weekend at the Methodist University in Accra despite boycott by some universities.

The mother union of Ghana students has come under severe controversies recently which have degenerated to the emergence of factions. The first faction had already held its congress whiles another factions also had theirs last weekend.

Despite the dispute, Mr. Richmond Asare Tinkaro, 25, from the University of Ghana was elected President of the Union. He polled 472 votes beating his closest contender, Mr. Clifford Sarpong who managed 102 votes.

The election saw heated agitations at various points. It took the resilience of the Security personnel on the grounds to restore normalcy to the electoral process.

Mr. Richmond Tinkaro will be taking over from Elijah Ohene Assumeng and the Union is expected to communicate arrangements for the handing over ceremony in due course.