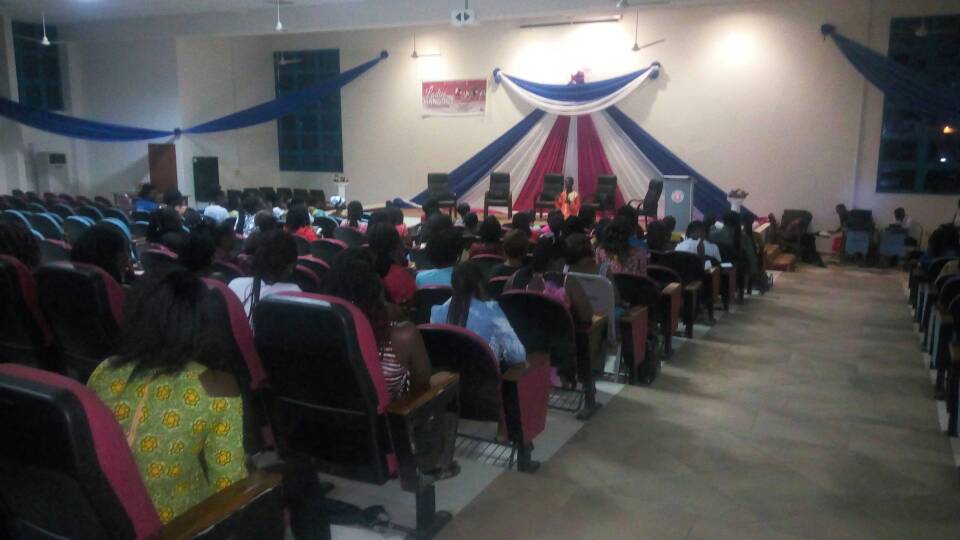 The Women’s Commission under the National Union of Ghana Students (NUGS) of the University of Cape Coast (UCC) chapter, has organized a forum which was dubbed “Obaasima, dare Stand Out”, to empower all female students of the University in order for them to achieve their aims and dreams in life.

Speaking on entrepreneurship, Madam Kobi Hemaa Osiaadian-Benco, a media practitioner admonished the ladies to be financially secured in order to prepare themselves for the future.

She also hinted that the ladies should not feel like they would be tagged as one who has no money or is financially handicapped when they start a small business. Money can be made right here on campus by selling for instance.

“Just try and identify the gap or what is going on wrong and provide the solution. Some of you are fortunate to have come from rich homes but when money is given to you, utilize it well. Don’t feel like because you’ll be given the money anytime you ask for it, you won’t reinvest it for things can go wrong.” she advised.

Another speaker who specializes in sexual and reproductive health issues, Mr. Cons Micheal Tagoe, warned ladies not to end their lives through unsafe abortions which have become the order of the day.

He gave a scenario of a Senior High School girl in the Central Region who died last week as a result of drinking a concoction offered by her boyfriend to terminate her pregnancy.

He stated that, per the nature of his job he receives cases of university girls who on their own have tried to abort pregnancies by purchasing certain drugs from the pharmacies. Speaking on the issue of quack doctors, this was what he had to say,

“You cannot imagine why someone who is in the tertiary institution and is supposed to be well educated will go to a quack place in the name of terminating her pregnancy. It is not every doctor that can perform abortion. So if the person is not trained or certified to do that and he does that, it is unsafe. Also if the place where the abortion is carried out is not registered or the instruments used are not approved by the World Health Organization (WHO), it is also unsafe.”

He further stated that ladies should stop using herbal medicines which are not good for pregnant women to terminate their pregnancies.

On women and their relationship issues, Miss Abena Magis who is a script writer advised that women should love themselves since they cannot change anything about who they are and not change their character or traits just because a man told them to.

“Until you accept yourself for who you are, you’ll always get men to use you because you don’t know your own identity so you let men to tell you what you’re supposed to be when you actually aren’t,” she stated.

The ladies were entreated to use this special month of October which is the breast cancer awareness month, to educate other women on the need to go to a health facility to check their breasts or self -examine themselves to detect any lump or unusual growth in their breast for early treatment of the disease.

The programme also witnessed some outstanding performances by the Village Thinkers and Ridic.