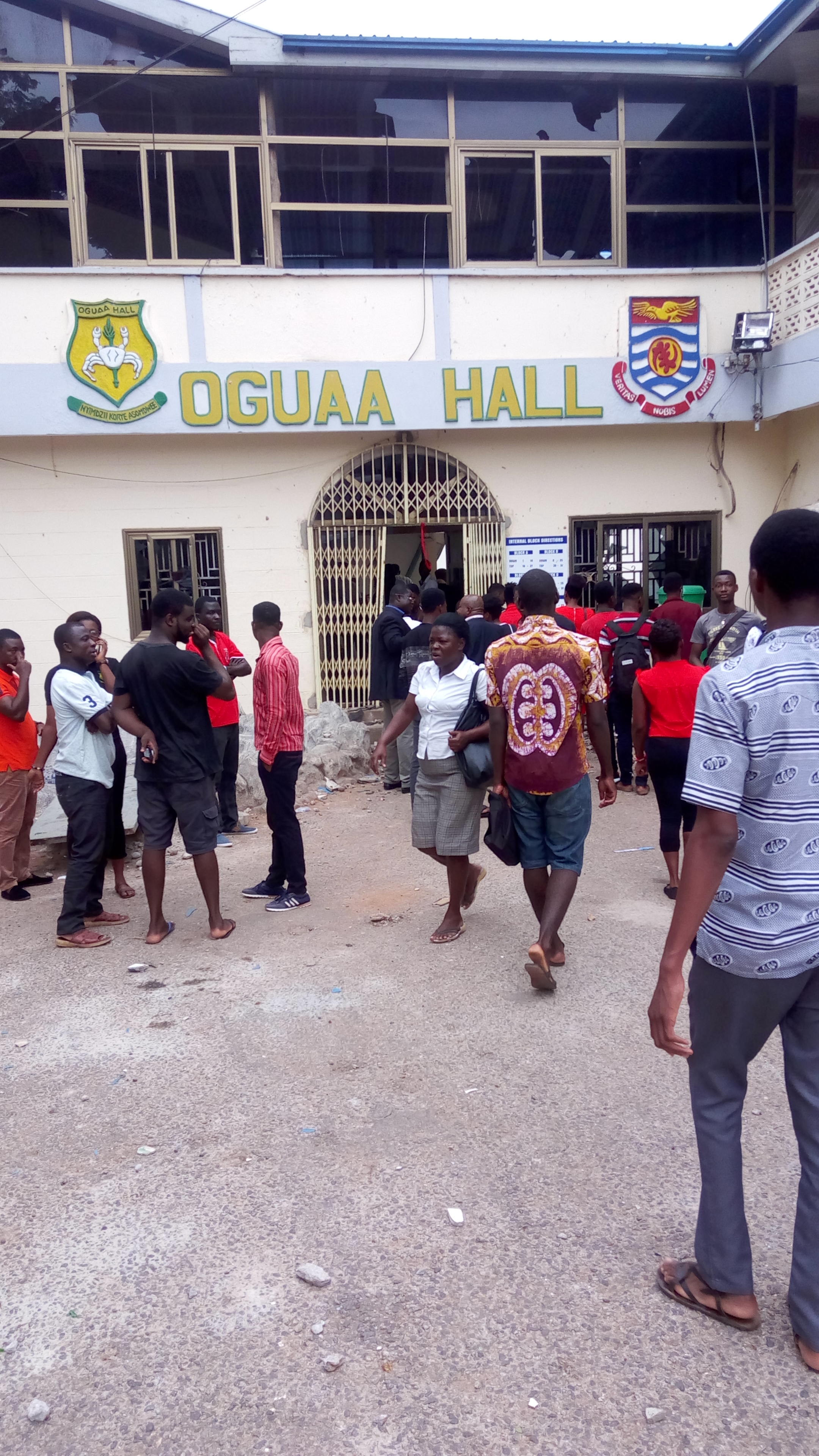 Members of the Oguaa Hall of the University of Cape Coast, were seen in black on Monday, March 20, 2017 to register their displeasure for the bloody clash which happened on the night of 17th March 2017.

Friday’s clash between Vandals of the University of Ghana, Legon, (UG), Conti from Kwame University of Science and Technology (KNUST), Mariners of UCC and Oguaa hallers, left a number of students injured and a number of items of oguaa hall destroyed.

Information reaching choicism.com indicates that a level 100 student of the hall has seriously been affected by the bloody clash and is currently admitted in the hospital.

Speaking to choicism.com, the President of Oguaa Hall, Mr Prince Agyekum Adjetey, expressed his surprise at the unexpected incident indicating that the hall has no known rivalry with any hall.

According to him, members of the hall are by this act calling on the university authorities to look into the matter and punish students who are found culprits to last Friday’s clash.

“We are trying to show to the world that we do not like what has happened, the results of this black is justice.”

“All we want is everything of ours be fixed and the medical fees of persons injured be taken care of,” he stated.

The hall president again stated that members of the hall have been called to restrain from any form of retaliation as they await the decision of the university management to serve justice.

The Member of Parliament for the Cape Coast North Constituency, Honourable Barbara Asher Ayisi;  the Vice Chancellor of UCC, Prof. Joseph Ampiah Ghatey; the Pro-VC, Prof. George K. T. Oduro; the Dean of students, Prof. Kaow Edjah and some other members of the university authority visited the scene this morning to see the level of damage caused.