Pay but Insist on Your Ticket-SRC Prez 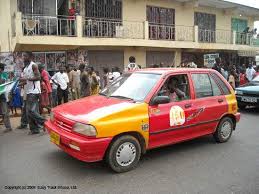 Ag SRC president of the University of Cape Coast, Francis Kwabena Arthur has reiterated the call that efforts are being made to ensure that all students who board shuttle buses from Valco Hall to Science are not made to pay for any fare.

He however maintained that students must insist on their tickets when they board any shuttle bus especially from Valco Hall to Science.

This, he said, would ensure that the Shuttle bus drivers rendered proper accountability to the university.

The SRC president disclosed this in an interview with Choicism.com on Thursday, November,28, 2014.

Earlier, Choicism.com had published a story on related development.

In the said publication we indicated that students were not supposed to pay any fare entirely when they board shuttle buses from Valco Hall to Science but Mr. Kwabena Arthur clarified that only the two buses that belong to the SRC were to give free services from Valco Hall to Science but for the other private buses students were to pay but must insist on their tickets.

In A related development, he disclosed that lighting systems will soon be fixed at the various summer huts to ensure that students could use the summer huts even after late hours.

He reaffirmed his firm commitment to ensuring that students welfare were protected and maintained.