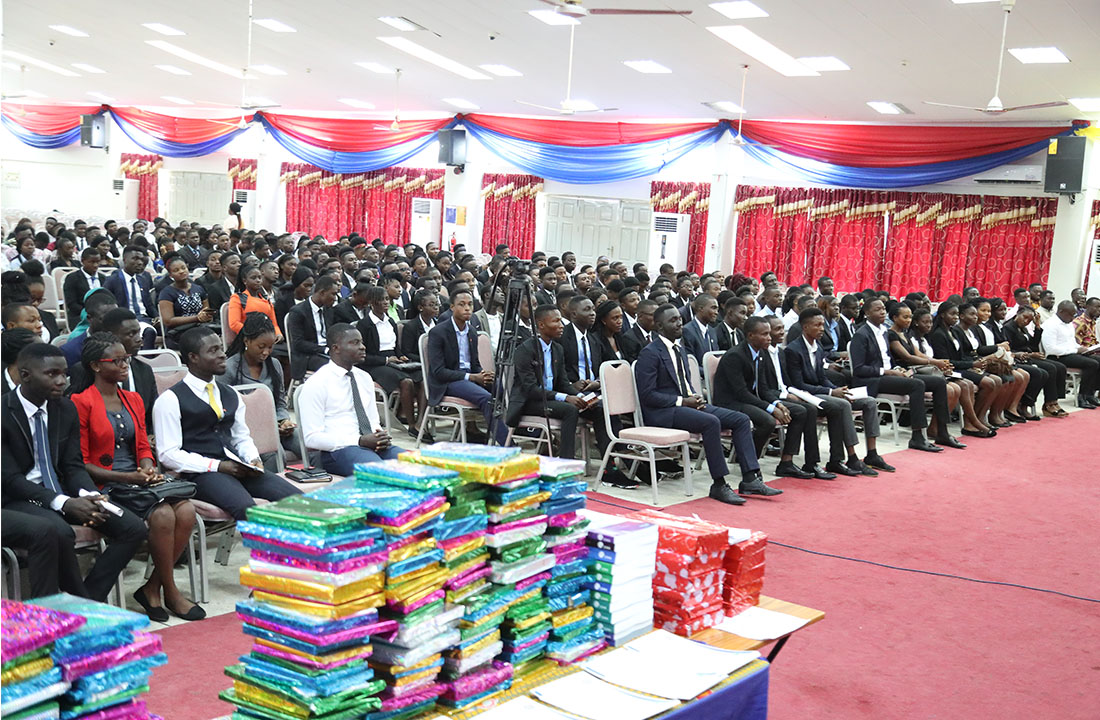 The School of Business has presented awards to 308 students who excelled in their academic work for the 2017/2018 academic year at the 2019 Deans Awards Ceremony.

Each of the awardees obtained a Cumulative Grade Point Average (CGPA) of 3.6 and above at the end of the academic year.

Speaking at the function, the Dean of the School of Business, Prof. John G. Gatsi, noted that the awards ceremony allowed the School to identify and recognise high performing students at the end of each academic year. He indicated that the event served as motivation to recipients of the awards to work harder to maintain the high performance and also encourage non-recipients to aspire to on the Dean’s list in the subsequent year.

“As a School, we are not only interested in high performing students by CGPA of 3.6 and above but also skills development of students as well as entrepreneurial initiatives being undertaken by our students,” he noted.

Prof. Gatsi noted that the School through its Centre for Entrepreneurship and Small Enterprise Development (CESED) was working to identify students who had started some innovative ventures for proper recognition to encourage others. He added that those who had learnt additional skills on their own or through the School’s Business Incubator would also be accorded such honours. “ We accept the challenge that a Business School graduate must be conversant with core content, have the right attitude and skills that respond to the requirements of fast-changing job environment” he stressed.

In terms of the awards, Prof. Gatsi said the focus was on the level of awardees indicating that “We will be awarding the most improved students from B. Com Finance and BCom Accounting programmes sponsored by Chartered Institute of Management Accountants”. He further stated that students whose CGPAs were at Second Class Upper level when they were in level 200 had improved to First Class in level 300.

Sharing his experience at the function, an alumnus of the School, Mr. Felix Quaicoe, entreated the students to stay focused and be committed to their studies. He said there would be obstacles as they strived to succeed in their studies and face the realities in life. “Life is short and full of complexities but never give, failure should serve as a stepping stone to success”

Mr. Quicoe urged them to identify some of their lecturers as mentors who would guide them in their studies and also offer the needed advice to help them succeed. He commended the School of Business for producing a greater number of first class students. “ I believe there’s something leadership is doing to produce this huge number of high performing students,” he noted.