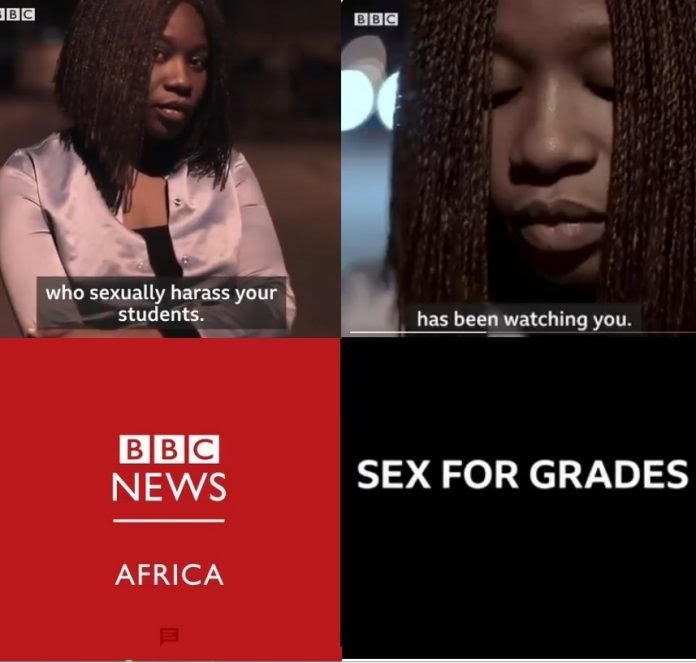 BBC Africa Eye is set to make some heartbreaking revelations as it airs a documentary exposing some lectures in West African universities who have been harassing their students for sex in exchange for grades.

The investigative piece which will be airing on Monday, 7th October 2019, is expected to reveal some top Lecturers in Ghana caught in an unethical act of trading grades for sex with some students.

The BBC indicated that “For the past year, BBC Africa Eye has been secretly investigating sexual harassment by lecturers at West Africa’s most prestigious universities. ”

Some excerpts from the documentary shows that the BBC has been watching University Lecturers and Professors in West Africa’s Prestigious Universities for about two years now.

Universities from Ghana, Nigeria, Burkina Faso and other parts of Africa will be featured in this documentary.