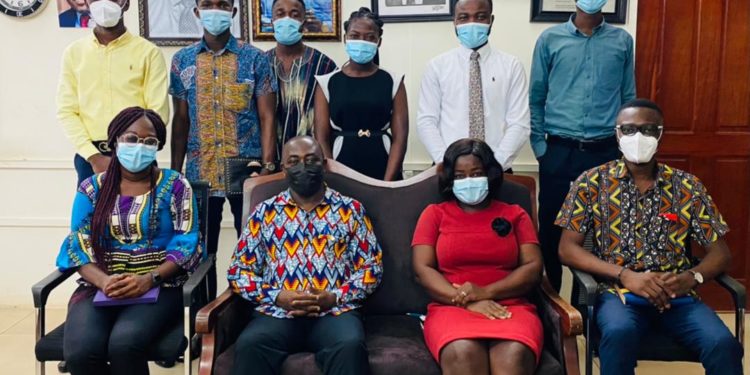 A statement from the office of the President- elect said the duties of the transition team among other things will be to “initiate the administrative procedures of the SRC and shall take custody of all information, documents and assests of the SRC pending hand over.”

The rest are Theophillus Yankey Jr, Emmanuel Addai and Victor Amoako who are all in attendance as members.

Mr Christopher Dadson, a lever 600 Doctor of Optometry student and Rashidatu Saafu a level 400 B.Com accounting students have both been elected President and Vice President respectively to manage affairs of the University of Cape Coast (UCC) Students Representatives Council (SRC).

After series of postponement the much awaited electoral process took off on Monday February 8 2021 with improved students’ participation.

The winning team with the teaser name, Topher polled 5,570 votes representing 47.10% of the total votes casts to secure the presidency.