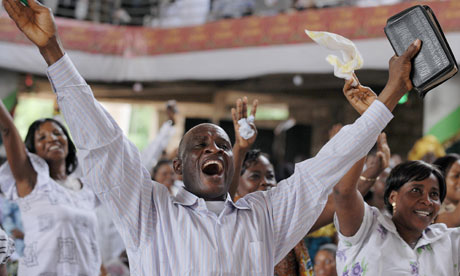 SRC Denies Masterminding the Relocation of Churches From Campus

The SRC Office of the University of Cape Coast(UCC) has denied rumours making rounds that the council masterminded the relocation of church activities from campus.

A release from the office titled “SETTING THE RECORDS STRAIGHT…THE SRC DID NOT CAUSE THE RELOCATION OF CHURCH ACTIVITIES” read as follows;

It has come to the attention of the Publicity committe members in charge of social media publications of the Students Representative Council (SRC) of the University of Cape Coast (UCC) that there is in circulation a grapevine story which makes the claim that the SRC, headed by Mr. Francis K. Arthur,is behind the circumstances leading to the relocation of churches which hitherto worshiped at FELT and CONGREGATIONAL GROUNDS.

The council wishes to state for the records that the relocation of the affected churches was as a result of a barrage of complaints from College of Distance Education(CODE) students who use the facility every weekend as regards the noise pollution the affected religious bodies make to disrupt effective teaching and learning. There has been series of meetings between management and our PPCC leadership with task force put in place to check the issue in the past but of no avail.

In view of that, the school management and the Dean of Students have countless times impressed on the bodies to reduce their noise level during church activities in line with the Biblical fiat in LUKE 3:31 to allow students pursuing Distance Education to have safe haven to study and write their quizzes but to no avail.

Clearly, A roundtable meeting was held last week which saw the VC, Pro VC,Prof. Nelson Buah;the SRC, GRASAG and all the affected denomination leadership and other redoubtable big guns involved in religious activities to discuss among other things the noise pollution.

At the meeting, the Pro VC recounted how he personally visited a church at FELT and pleaded with the leadership of the church to reduce its noise level, Alas, as he was descending the stairs within earshot, he heard the MC call on the worshippers to scream because the Holy Spirit likes it when members of the congregation scream to the hilt.

The SRC President who at the meeting expressed concerns with the church leadership for the effects that any decision by management will affect them so much, he also pleaded with them to understand the situation of our colleague brothersand sisters who out of life circumstances are on the distance programme and so have their lectures and quizzes on weekends. He recounted how some of their lecturers walk out of lectures citing hostile environmental conditions as the reason. Due to this, CODE authorities had to incur much expenses to rent AGGREY MEMORIAL SHS for lectures for its students.

This development together with other complaints from some regular students last semester when the power issues were very bad, some students could not also rely on specially Cafe rooftop for their normal evening studies for their exams.
The SRC President who was very emotional about the issue, pledged his personal support to the various denominations to begin considering the use of the various JCRs of the Halls for their church service.

The SRC president who had already pleaded with management not to outrightly ban church activities at the lecture halls even before the meeting got management to give a directive that with much APOLOGIES ALL CHURCH ACTIVITIES AROUND THE LECTURE HALLS SHOULD BE ORGANIZED AFTER 2 pm WHEN THE CODE STUDENTS HAVE FINISHED THEIR STUDIES.

By this it further imply that No Church Activities Have Been Cancelled at the Academic Areas has it is being speculated.

In the meantime, Iron-clad plans are advanced for the council to construct a 5000-capacity Auditorium for church activities,amongst others.A vast land has been released for the project. This project which the SRC president said he will personally spearhead and commit the General Assembly of Students including the denominations to it will be three times the size of the NEC Auditorium, which he believes will be a step in a positive direction.

Finally, The Council reaffirms its relentless committment to seeking the welfare of all students and will not compromise on its mandate to make students comfortable on campus….SRC believes in the power of religious activities and will never do anything to undermine its relevance with students.

The SRC will want to apologize to the affected churches and hopes we all get to the roundtable to address the burning issues. Thank you and God bless us all.