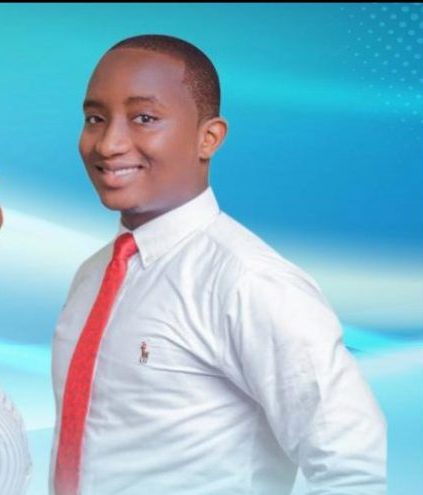 The SRC President of the University of Cape Coast, Mr. Zaki Abdul-Hamid has entreated the entire student body to take advantage of The National Entrepreneurship and Innovation Programme (NEIP) which is a flagship policy initiative of the government of Ghana aim in helping youth entrepreneurs.

Speaking at the inauguration of the School Entrepreneurship Initiative Club and Campus Business Pitch yesterday, the SRC president mentioned that his office is poised in creating a favourable environment for student entrepreneurs who may need support in making their dreams possible hence his collaboration with NEIP seeks to create such atmosphere.

He added that his office is also pushing other measures in place to help student entrepreneurs “we are looking at other more capacity building programmes because is all about building capability of students. because if you don’t want students to seek white colours jobs which are not available after school, you need to expand and build their capacity for them to be independent and in this case entrepreneurship is the main tool” .

The chairperson for the programme, the Provost for the College Humanities and Legal Studies Professor Francis Amoakoh Andoh also said that the move by government and the SRC is very key to the future of the country “we accept that the youth are the future of this nation, if they are the future of this nation then we need to prepared them for nation building, we need to give them hope hence the President’s Entrepreneurship Imitative particular the Student Entrepreneurship Initiative is a step in a right direction” he said.

He also said that students should see this opportunity as a golden one in order for them not to become job seekers but job creators after school “today is an opportunity that another dimension of entrepreneurship which is the launch of the campus business pitch which will offer opportunity for student to put their ideas into use to develop project that will solve problems in our society”.

Speaking exclusively to chiocism.com, the coordinator for the University of Cape Coast Business Incubator Dr Edward Amarteifio, made known the main brain behind the initiative of government “ this policy is a plan by government to help solve the graduate unemployment in the country, a lot of university students complete university and join the graduate unemployment bus and I believe that the Ministry of Business and Development has set up a mechanism to ensure reduce drastically the unemployment rate”.

Dr. Amartefio also promised that student who will represent the University of Cape Coast are going to bring the ultimate prize since they will be train by expect from the university.

Applicants who are interested are to submit their business proposal to the SRC office located behind Valco Hall from the 18th of October to the 31th of October 2019 between the hours of 8:30 am to 4:00 pm each day. Shortlisted applicant will be announced on the 2nd of November, 2019 after which a training session will be held for them. The final Pitch would be held on the 8th of November, 2019.

Other speakers at the launch were the Deputy Minister for Works and Housing, Hon. Barbara Asher Ayisi, Deputy Chief Executive Officer of NEIP Mrs. Abigail Swad Laryea. Some lectures from the School of Business and executives of the SRC also graced the occasion.