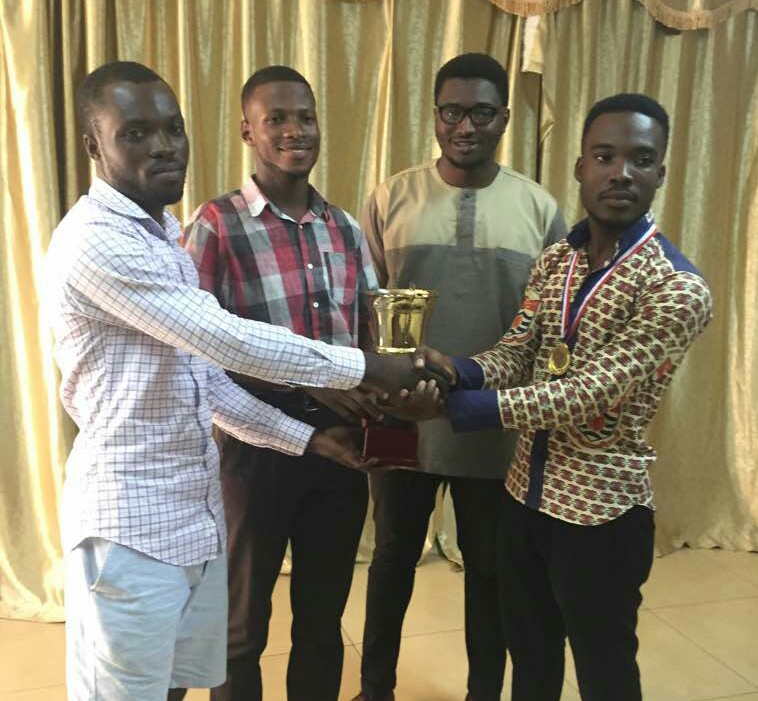 Team Dr. Eugene Darteh has been crown winners in the 4th edition of the Dean’s Debate Championship organized by the University Cape Coast (UCC) Debate Society.

The team, made up of Mr. William Gyamfi a level 400 Psychology student and Mr. Emmanuel Nwanwa Mensah a level 300 B.Com student, scored 78.5 point by the adjudicators, after they debated on the motion, “This house will apply universal jurisdiction to hit speech crime”.

The president of the Debate Society, Mr. Caleb Otabil, during his speech indicated that the Championship is part of their preparation for the upcoming Ghana University Debate Championship which will be held in Tamale in August this year.