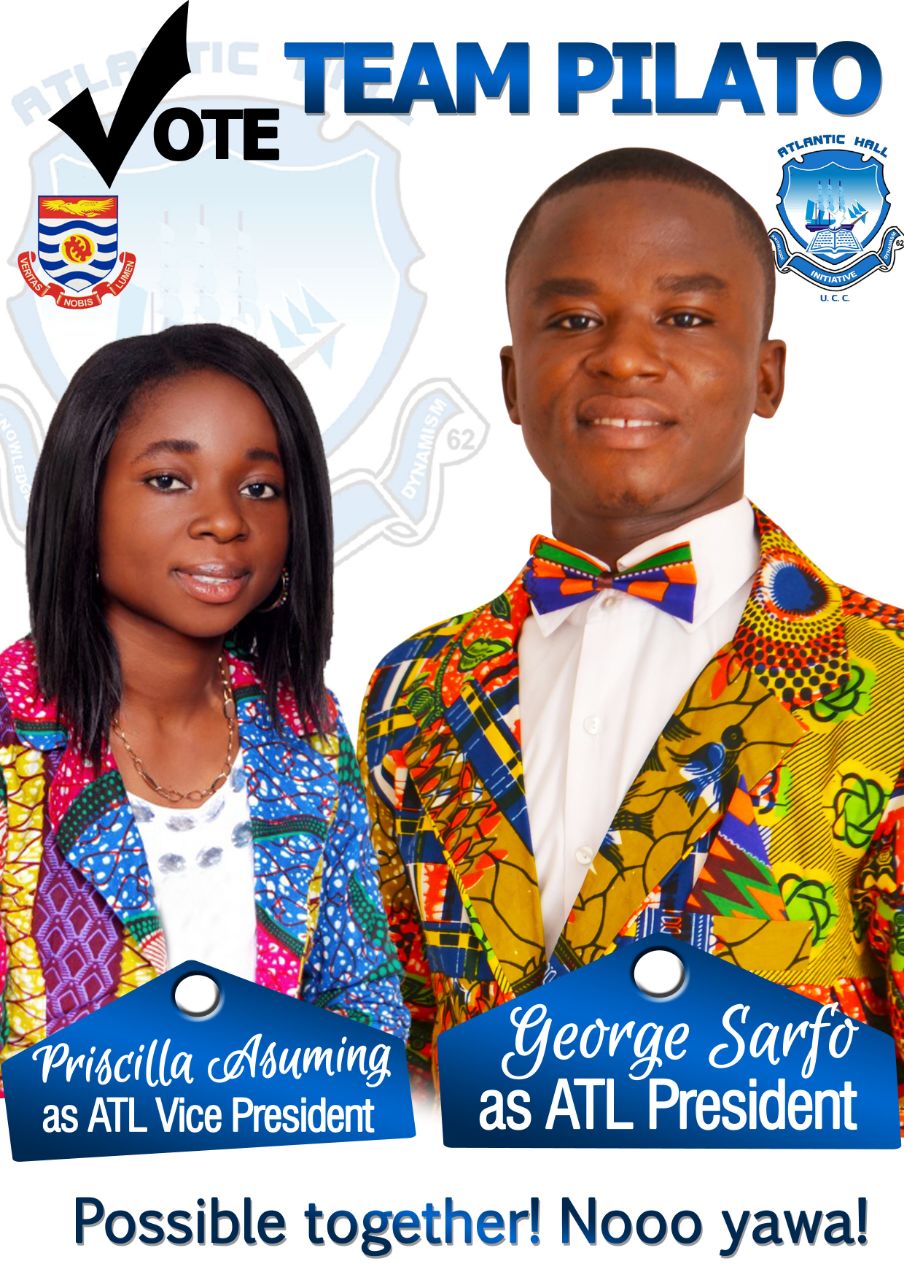 Team Pilato For ATL Hall Prez-Vibrant Leadership at it Core

The scriptures say, many are called but few are chosen. This biblical allusion is the power beyond Team Pilato as they wrestle to rule the great Atlantic Hall presidency slot.

George Sarfo and Priscila Asuming collectively called Team Pilato are in the race chasing the presidency slot of the Marine City 2015/2016 academic year.

Contesting on the motto, “Possible together! Nooo yawa!” Team Pilato have got the niche that would bring excellent leadership to the Atlantic Hall.

They are therefore by way of this platform, soliciting for vote of all well-meaning Mariners so that together, they can raise the bar of leadership of the hall.

Counting on your support to keep this dream alive.