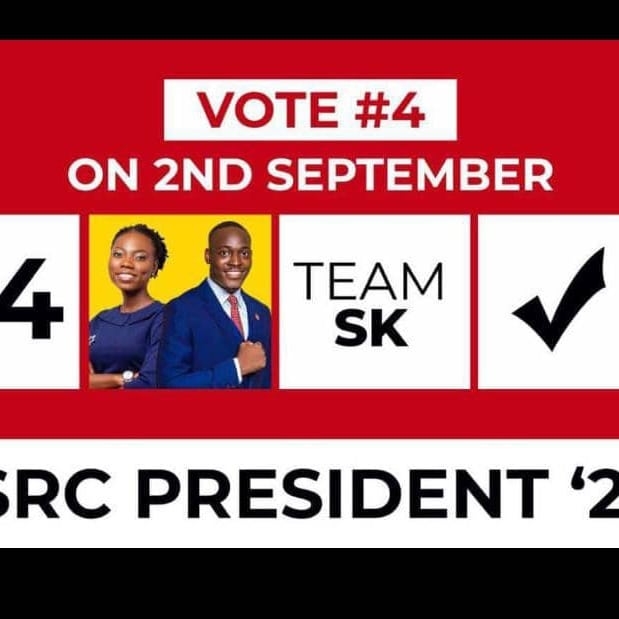 The University of Cape Coast (UCC) students on Thursday went to the polls to elect the next SRC President at the various halls for the 2021/2022 academic calendar.

Despite the numerous policies sang into the ears of electorates by contestants of the students, UCC students have made a choice to elect Samuel Kwabena Adotei as the next President of the Students Representative Council.

Many students moved from their various hostels to the halls to exercise their franchise.

At the end  the elections, Samuel Kwabena Adotei the incumbent hall President of Kwame Nkrumah Hall emerged the winner.

“We are not going to disappoint anyone. We are going to ensure the betterment of every student in the University of Cape Coast” he said in his thank you speech held at the Kwame Nkrumah square.

Choicism media moved to campus to find out from students if their votes have been reflected in the declaration of the results. Everyone we interviewed admitted the elections have been fair and they agree to the declaration.