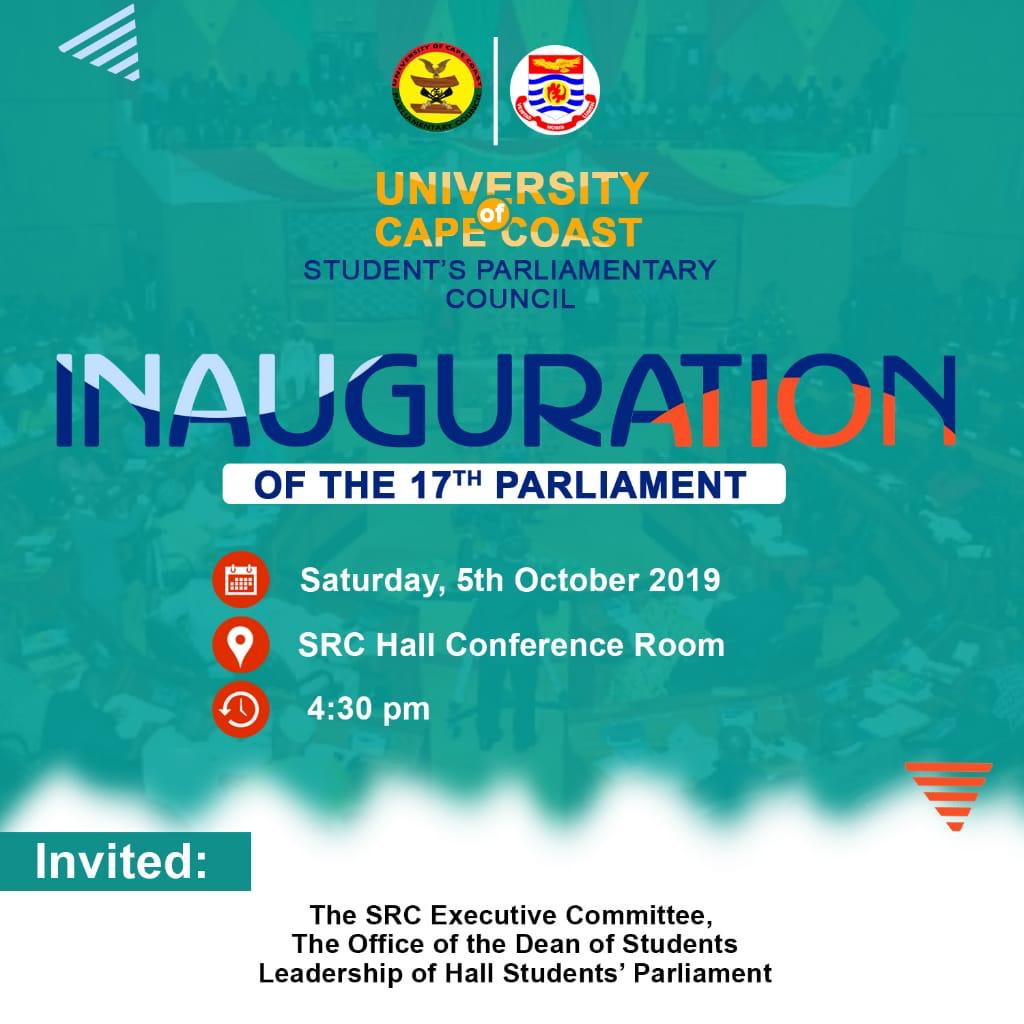 The 17th UCC Students’ Parliamentary Council to be Inaugurated

The parliamentary council which became a quasi-legislative organ of the Students’ Representative Council following an Executive Instrument issued on the 7th of September 2017 gives power to the council to vet and make recommendation of all appointment for officers under the SRC.

The Council is also to receive, discuss and make recommendations on the SRC budgets to the executive council. The parliamentary council also mandated by the executive instrument to debate issues concerning the interest of students and they are also to be consulted by the President before he goes to negotiate fees on behalf of students.

The UCC Parliamentary Council has received a number of awards both internally and externally making it one of the vibrant groups on Campus. They have won the Commonwealth Day Debate twice, in 2017 and 2018 and won silver twice 2015 and 2016.