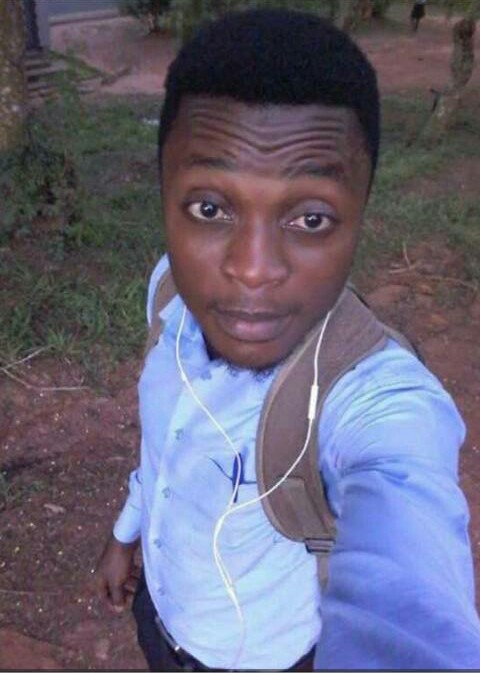 A level 300 Bachelor of Commence (BCom) Management student of the University of Cape Coast (UCC), Fredrick Agyapong, who died on 4th August, 2017 has been laid to rest on Saturday, September 2, 2017 at Akyem Awenade in the Eastern Region.

According to sources, Frederick popularly known as “Spanky” was involved in a terrible car accident when he and other relatives were returning from a morgue during a funeral.

The accident which occurred at Anyinam-Kwabeng road off the Kumasi-Accra Highway led to the demise of Frederick.

His funeral and burial ceremony took place at Akyim Awenade, where he hails.

In order to show respect and love to the deceased, the University Of Cape Coast Association Of Business Students (UCCABS) provided a bus for friends and sympathizers to attend the funeral.

According to the former SRC Hall Treasurer, Mr Okyere Enoch, who was present at the funeral, their arrival at the ceremony threw the deceased’s relatives into a more sorrowful mood.

“Upon seeing us, his relatives started entering our bus, and asked us ‘where is Fred?”, he stated.

Tributes were poured out to the deceased. One by UCCABS Public Relations Officer, Collins Amoah, on behalf of the School of Business and another by Okyere Enoch, popularly known as “Elder” on behalf of SRC Hall, of which Frederick was affiliated.

Spanky who was a member of the Entertainment Committee at the SRC Hall, died at the age of 24.