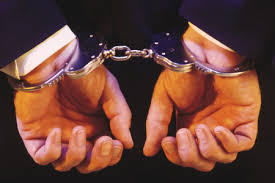 Two students have been rusticated for extorting money from unsuspecting applicants with promises of helping them to secure admission into the University of Cape Coast.

The general university community is hereby informed that the following students were found by an investigation/disciplinary committee, to have extorted money from unsuspecting applicants with the view of helping them (applicants) to secure admission into the university this year. they have, in accordance with recommendations of the committee, been rusticated for the 2013/2014 academic year