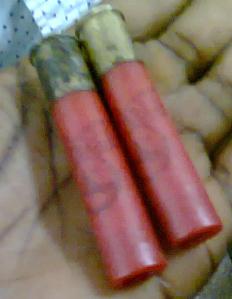 “I had just arrived safely from Accra very tired and so I decided to play some music on my laptop. Whiles the music was playing and I was meditating on it, I dozed off. That was around 12 midnight. By the time I realized, my window nets were torn off and my laptop being carried away together with one of my phones. I shouted for help but to no avail”.

This was the narration a victim gave to choicism.com when he was first robbed of his laptop and mobile phone.

“In the morning, I reported the case to the Police with their ‘operation’ tools they left behind. Till today, I have not heard anything from the police”.

The victim upon analysing how this first robbery was carried out suspected the robbers to be students who knew him personally since he could not fathom how the robbers managed to select the correct phone among two other damaged phones.

“About 3 weeks ago, I had just gone out to use the washroom whilst studying in my room when I came back to meet a robber using a gadget to pick my phone in the room through the window. I held the other end of the gadget in the room and we (the robber and I) begun to pull. At a point I had to play on him psychologically that I had seen his face”.

“When he (the robber) finally decided to let go unsuccessfully, this robber who was nicely dressed like a student walked majestically in his escape. I could not believe my eyes. The other thing is that, the gadgets they use seem sophisticated”.

The victim who is a level 300 Psychology student and leaves behind Oguaa Hall explained that, after the first incident, he was forced to change rooms since he thought he was a popular figure because he was running for the SRC Presidential slot thus the motif for the attacks and as a precaution never opened his louvres in the second room.

He therefore could not imagine how the robber still got his gadget through his window. He however disclosed that, some few days to the second incident, the street lights at the hostel stopped working and so he suspects all these as part of the robbery grand design.

When questioned what he will do when he was eventually elected as the SRC President, Henry the New Breed who once championed a safe security tagging of hostels revealed his abhoration of the university’s excuse that, the diaporian communities were not part of the university community. He said it was a nice excuse to shun responsibilities.

Henry went on to say as a vicitim, he understood the trauma associated with such robbery incidences and will work with the police, chiefs and people of the diasporian communities as well as the school authorities to bring a lasting solution to this canker.

He said on his numerous door to door campaigns, he had met many ladies express worry about the possibility of them being raped when they leave the halls for hostels. He prayed on the current SRC to try as much as possible to reduce this social vice.

Henry the new breed then reiterated the need for increased police patrols in the diasporian communities and expressed the fear that without these patrols, the robbers will become bold and even more powerful to carry out their heinous crimes.