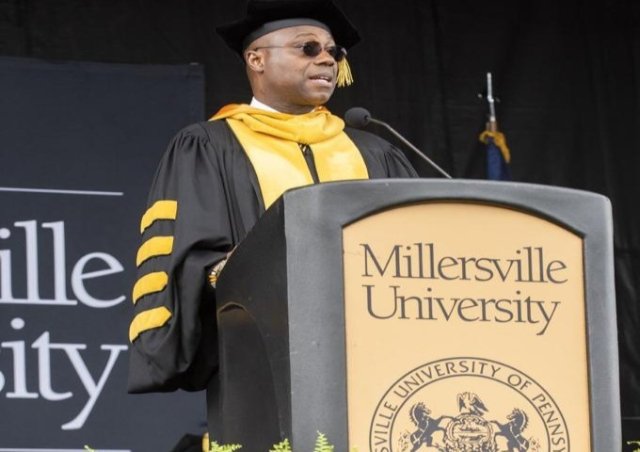 A Ghanaian scholar and University of Cape Coast alum, Dr Daniel A. Wubah, has been appointed as the 15th President of Millersville University, Pennsylvania in the United State of America.

Prior to his appointment, Dr Wubah had served as Provost and later as Senior Adviser to the President to the Washington and Lee University.

The colourful and festive investiture ceremony, held on the quad of Millersville University, was very well attended.

Ghana’s Permanent Representative to the United Nations, Martha Pobee, was one of the top dignitaries at the presidential inauguration of Dr A. Wubah.

Madam Pobee could not hide her joy with the sight of one of Ghana’s illustrious sons’ appointment to a position of eminence in the United States of America.

A large number of friends and amily from Ghana, beautifully attired in Kente cloth, including the traditional leaders of Breman Asikuma, the Vice-Chancellor of UCC and Old Boys of Accra Academy Secondary School also graced the occasion.

Millersville University was founded in 1855 and has the distinction of being Pennsylvania’s first state-owned university.

It offers more than 100 undergraduate and graduate programmes in Education and Human Services; Science and Technology; Humanities and Social Sciences and Adult Learning.