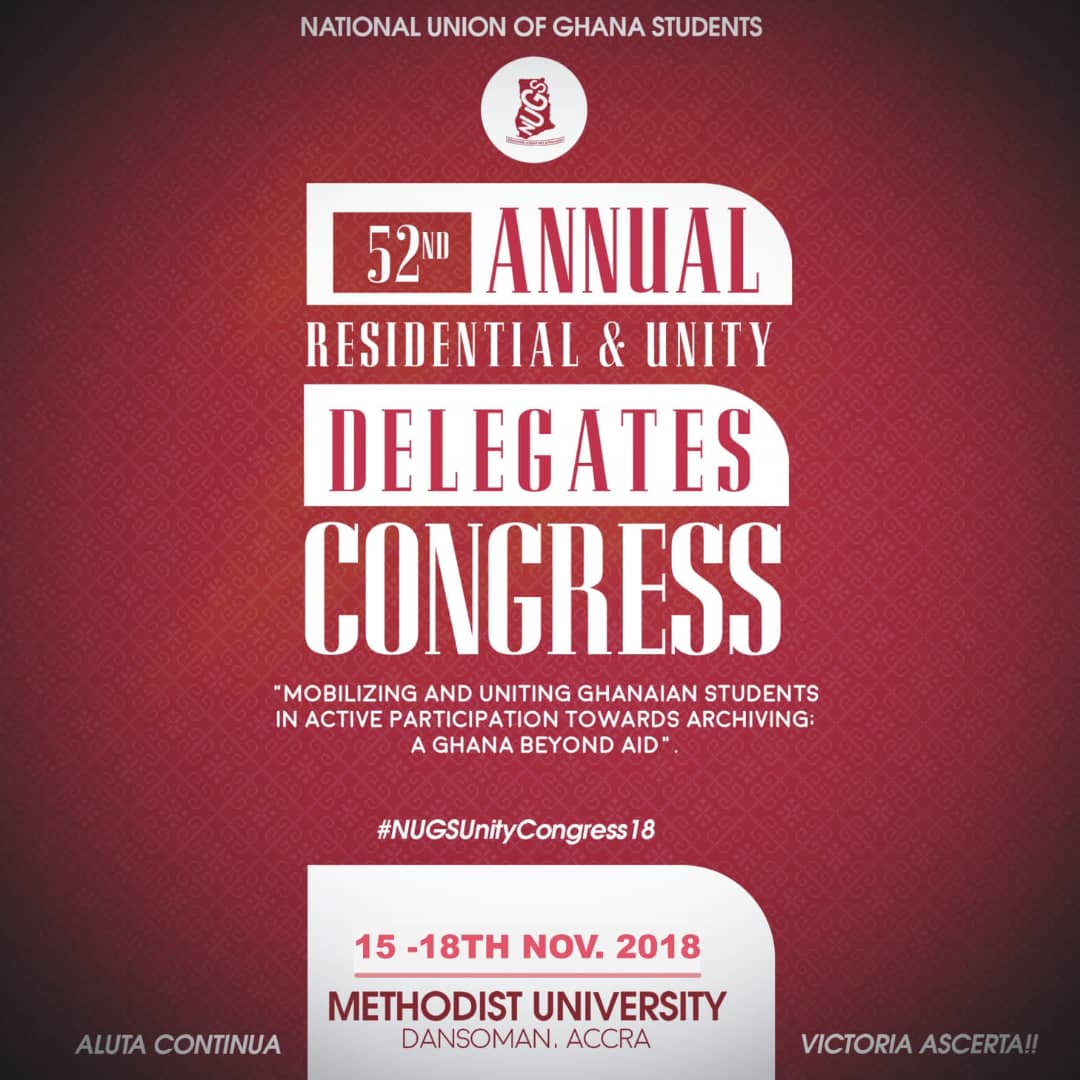 The University of Cape Coast (UCC) and the Nyankpala campus of the University for Development Studies (UDS) Local chapters of National Union of Ghana Student have boycotted the NUGS Congress currently ongoing at the Methodist University in Accra.

The President of UCC Local NUGS Mr. Ebo Mensah Acquah  had in an earlier interview with ATL FM monitored by choicism.com, indicated that UCC union will not align itself with any of the divided factions. His comment comes in the wake of controversy surrounding the national leadership of the mother Union.

Mr. Acquah further pointed out that UCC will not secede from the mother Union of NUGS despite its leadership controversy.

“What we are doing is to boycott congress by any of the factions. We will however attend any meeting or congress that is co-chaired or organized by the two presidents being Elisha Essumang and Frank Amoakohene,” he added.

Mr. Acquah said “Information reaching us is that a faction has decided to organize their own congress and another faction is building up to organize their own congress as well. The position of NUGS-UCC is clear; that we do not want to associate ourselves with either of the factions for which reason we are not going to attend to any of the factions.”

Choicism.com has also intercepted a statement issued and signed by the General Assembly leadership UDS Nyankpala campus asking its members not to take part in the said NUGS congress.

Below is the full statement;

The General Assembly leadership of UDS Nyankpala campus wishes to bring to the attention of the entire students body that, there is no NUGS Unity Congress this year as speculated by others.

Mr. Frank Amoakohene a Co-president of NUGS organized his Congress last week to elect Executives for a fraction of NUGS which indicates there is no Unity Congress anywhere. Therefore the GA leadership sees it to be waste of students funds if UDS Nyankpala campus participates and pay dues and capitation to any particular fraction of NUGS if the other party involved is in no agreement to come together for NUGS to achieve it’s core mandate.

The *article 66 clause 9 section 1 states “The Executive Committee in consultation with the General Assembly speaker shall have the power to nominate delegates, representatives or participants to any Congress, Conference seminar etc. to which the SRC has been invited.*

However, some members of the Executive Committee and the General Assembly leadership is not aware of any delegates or participants to any congress, hence anyone attending any soo called NUGS unity congress is going on his/her own accord.