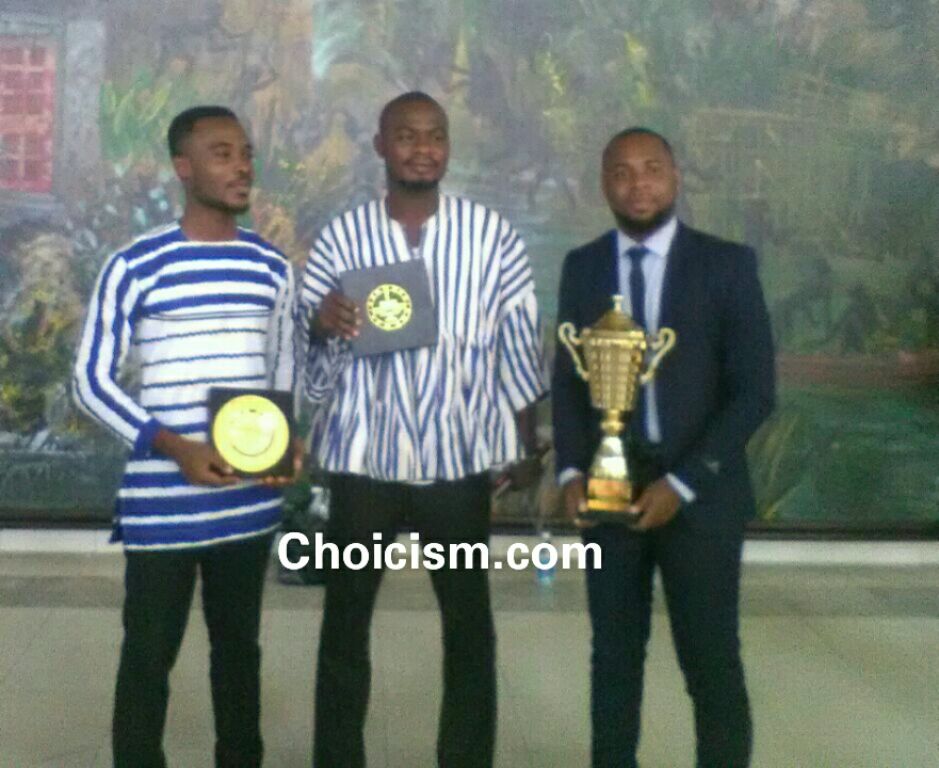 The University of Cape Coast (UCC) Parliamentary Council has emerged winners of the 2018 Commonwealth Day Debate competition which was organized on Monday, March 12, 2018 by the Parliament of Ghana as part of activities marking this year’s Commonwealth Day celebration.

The celebration which was on the theme “Towards a Common Future”, witnessed ten universities fiercely contesting in the competition on the motion “That the establishment of the office of the special prosecutor will see a drastic reduction in the spate of corruption in Ghana”.

The competition which had two rounds saw the UCC team represented by Hon. Mylo Emmanuel Dadzie, and Hon. Caleb Otabil with Hon. Abraham Atubilla as a backup.

At the end of the first round UCC, UG, UEW, UDS and KNUST qualified to the second round to debate on the same motion where UG, UEW and UDS spoke for the motion while UCC and KNUST spoke against the motion.

With 85 points, UCC emerged winners at the end of the competition and their colleagues from UG came 2nd with 83.5 points followed by UDS who took the 3rd position with 81 points.  KNUST and UEW placed 4th and 5th respectively.

The winning team was presented with a gold trophy and the first runner up presented a silver trophy.

The moderators of the competition expressed excitement at the quality of debate and presentation of facts and relevant materials argued by all the various universities. According to them, it is a credit to the exercise of grooming the next batch of parliamentarians. They also encouraged more females to take keen interest in the exercise.

The competition which was held at the Accra International Conference Center was preceded by a Mock-Sitting by the Students Parliament where they deliberated on a number of current issues.

The Special Guest of Honour, Hon. Alban S. K. Bagbin delivered the Throne Speech and applauded the Students Parliament for the manner in which they conducted their proceedings, saying that it is a sign that Ghana has a brighter future.

“All in all it has been good. I have visited some of your parliaments and I think that there have been great improvements. I want to urge you all to keep on observing what is happening in the National Parliament. But most importantly the public gallery is there for you that any time you come around, sit and observe what is happening”, he said.

He further cautioned that Parliament is a technical institution and as such students must acquaint themselves with the various rules and regulations of the institution.

In an exclusive interview with Choicism.com, the Acting Director of Public Affairs of the Parliament of Ghana, Madam Kate Addo also emphasized the importance of the Students Parliament.

“I would like to encourage all the Student Parliamentarians to take this process very seriously. This is where leaders are trained and such opportunities are rare. This is what will open the avenue for international fora where you will go and exhibit your prowess and exhibit not just yourselves but the country as a whole so it is important that you will take this seriously. Do your best both academically and in all spheres because at the end of the day the education you are getting is to enable you be useful to society”, she affirmed.

This year marks the second time in a row the University Of Cape Coast Parliamentary Council has been crowned winners of the debate to receive the coveted gold trophy.