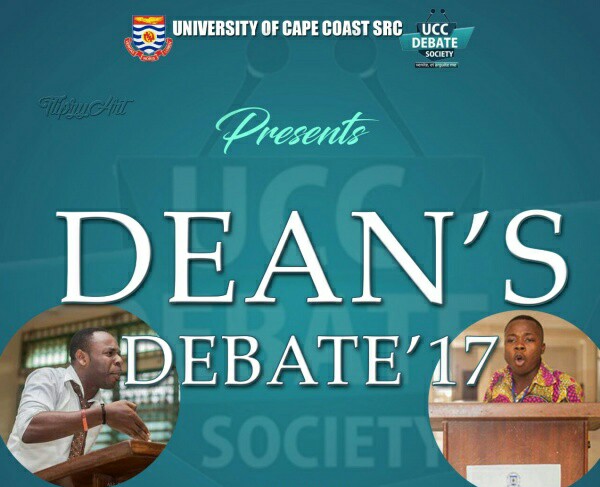 As part of its Independence Day celebration and its annual internal championship, the UCC Debate Society on Monday, March 6th held its debate championship dubbed the Dean’s Debate.

The tournament which was held at the College of Education Studies Lecture Theatre (CESLT) Auditorium 900 was under the theme “Is Ghana’s Independence a hoax?”

The debators, by locking intellectual horns to the delight of all present including the Vice Dean of Students, Dr Eugene Dartey and the Society’s Patron Dr Sarfo Sarfo Kantanka were four teams that broke into the finals. The motion debated on was “This House will overthrow Kwame Nkrumah regardless of a CIA incentive”

On side opening government was former SRC PRO and current host of ATL FM’s a week on campus show, Theophilus Saki Sosi and current SRC President Mr Dennis Appiah Larbi Ampofo. The closing government team was Caleb Otabil and Emmanuel Mylo Dadzie. On side opening opposition was William Gyamfi and Latif Lawrence Jorhowie while the closing opposition bench was made up of Kwame Atta Nimo and Darlington Nuwertey.

Prior to the main debate, there was also a public speaking competition.  Find below details of winners and medalists.