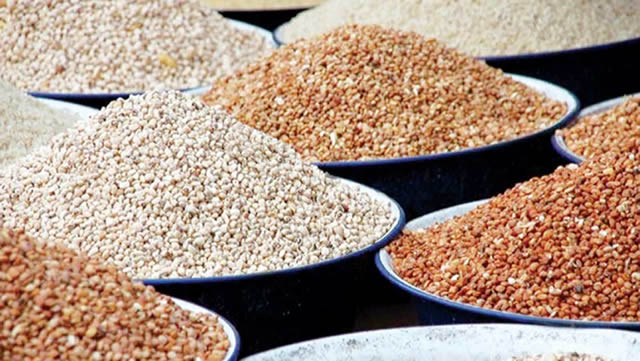 By Abdul-Karim Mohammed Awaf on September 26, 2018

The National Varietal Release and Registration Centre has recommended for approval of four new high-yielding and nutritious cowpea varieties developed by the University of Cape Coast.

The four new varieties are said to be three times higher in terms of their nutritional value and yields and would be of great benefit to farmers and consumers.

Speaking to the media after the National Varietal Release and Registration Centre inspected the cowpea farms at the University of Cape Coast, Principal researcher of the project and Head of Department of Molecular Biology and Biotechnology, Professor Aaron Tettey Asare, said the breakthrough is good for Ghana.

“The cost benefits in terms of profits that farmers will gain as well as the nutritional characteristics will benefit is overwhelming. These 4 cowpea genotypes have a high yield, about three times or more than the yield of the existing ones,” he said.

“They are also early maturing – within two months, you will harvest. They are also drought-tolerant and have other pathogens that affect cowpea growth and survival,” he added.

The National Varietal Release and Registration inspected the cowpea project site at the University of Cape Coast, listened to the procedures and identified the diverse characteristics that exist in the new cowpea varieties.

Prof. Aaron Tettey Asare said farmers would be better off with the new cowpea varieties because of the high nutritional value and the economic advantages.

“For the consumers, these new varieties are of great nutritional characteristics. They will take of the protein needs in many homes in Ghana. The farmers will be huge beneficiaries because the varieties are high yielding and can withstand drought and diseases,” he explained.