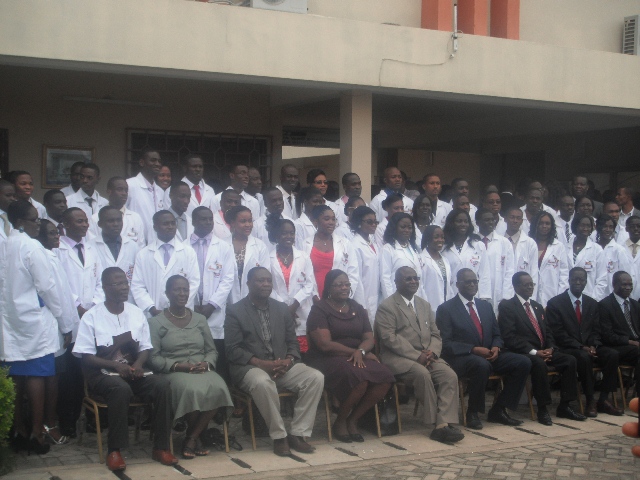 The Department of Chemical Pathology of the University of Cape Coast (UCC) has developed a breast cancer detection device for women in Sub-Saharan Africa.

The device known as “Breast Eye” is able to detect suspicious breast lumps in women and give accurate results for screening.

It was organised by Breast Screening Services, a Cape Coast based non-governmental organisation (NGO), in collaboration with the Centre for Gender, Research and Advocacy at UCC, with support from Nargins Group.
The programme, which was on the theme: “Breast Cancer is Real, Get screened” was to create awareness of the disease and to sensitise women that it could be prevented with early detection.

Hundreds of women in Cape Coast were screened for breast cancer with the new device.

Dr Ghartey noted that the breast eye was a simple device with an ordinary light; which when focused under the breast, could detect the area all the blood vessels were located in the breast, and could therefore be used to screen women without side effects.

He explained that cancer could expand beyond the size of a peanut only after it had developed its own blood supply, so if one had a device that could detect blood vessels, its diagnosis would therefore be easier.

He said the Department screened women and collected data after which rigorous scientific analysis was done to help improve breast screening methods to suite women in Ghana.

Research had shown that breast cancer patients in Ghana are younger with an average age of 42 compared to their counterparts from European countries where the average age is 50.

Dr Ghartey pointed out that the use of Mammography or breast imaging that uses low dose of X-Ray, in many instances did not give too good results and sometimes a lot of false negative results were presented.
The Department, had since 2006 been working on developing new techniques where women in Ghana and the sub-region could be screened for accurate results, Dr Ghartey added.

Mrs Thywill Eyra Kpe, Central Regional Director of the Department of Gender, observed that ignorance, illiteracy, superstition and poverty as some factors contributing to the spread of the disease in Ghana.
She cautioned women against spiritualising breast cancer and to seek medical attention.