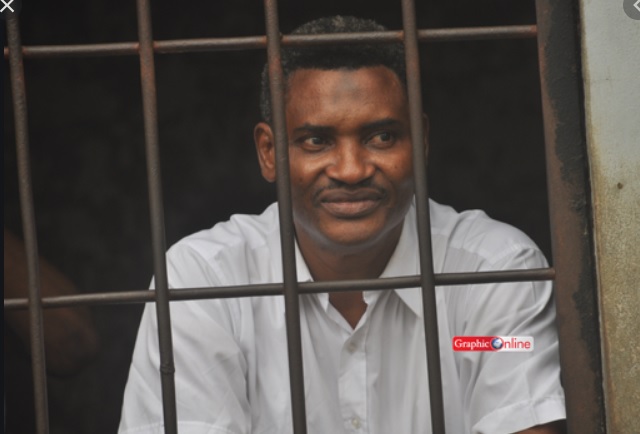 The University of Cape Coast (UCC) has engaged three inmates of the Nsawam Medium Security Prison as facilitators for the university’s Distance Learning Programme at the prison.

The inmates include Dr Sulley Ali-Gabass, a medical doctor.

As facilitators, Dr Ali-Gabass, who, before his sentence, was a medical practitioner at the Effia Nkwanta Regional Hospital in the Western Region, and the two others help the lecturers in teaching as and when necessary.

The Chief Public Relations Officer (PRO) of the Ghana Prisons Service, Chief Supt Courage Atsem, told the Daily Graphic in an interview yesterday that 59 inmates were currently pursuing diploma programmes at the Nsawam Medium Security Prison, where the UCC established a campus in January last year.

The Director of Public Affairs at the UCC, Major Kofi Baah-Bentum (Retd), confirmed the development.

He told the Daily Graphic that the inmates who had been engaged as facilitators were recommended by prisons officers who served as lecturers on the distance programme.

He said the university started with five facilitators but two were discharged remaining three.

The three inmates had the requisite qualifications to act as facilitators.

“Some even have PhDs and qualify,” he said.

Major Baah-Bentum stated that as facilitators, the three were being paid allowances for the work they were doing.

“Their money is paid into the prisons welfare fund,” he explained.
Expatiating on the allowances, Chief Supt Atsem said it was a reward scheme and not salary.

By law, convicted prisoners are not allowed to work to earn salary.
But, in this case, they are only receiving allowances.

“They are not allowed to withdraw money from the accounts until they are released from prison, when the accumulated amount will be paid to them,” the Chief PRO said.

They included 152 males and five females, he added.

Since 1993, no condemned prisoner has been executed because successive Presidents have not signed their death warrants.