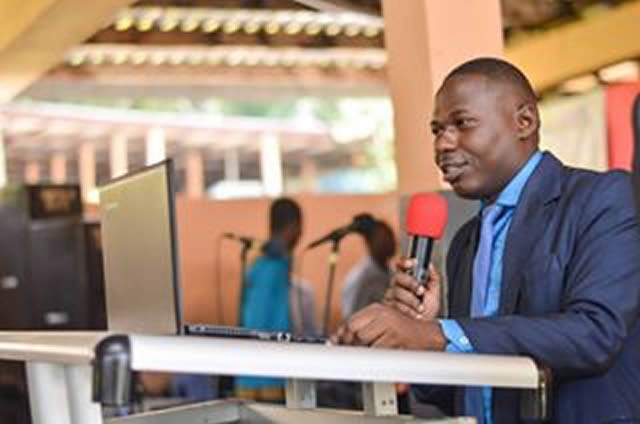 UCC Graduate Author Who Sells His Books in Trotro

A 25year old graduate from the University of Cape Coast who pursued Bsc Psychology and the author of his maiden book “You are A Power House” has been doing what most graduates will find very difficult to do – selling his own book in a commercial vehicle or ‘trotro’.

Jacob Paul Horlanyo Aheto launched his book this March on UCC campus based on psychological principles relying on scriptures references to drive home his points.

However, after school he decided to put away his pride and share motivational messages and sell his book at the least opportunity he gets, including selling in trotro.

He aspires to be a motivational speaker and preacher someday. He believes he must live by the principles to becoming what he aspires to be.

Jacob is an optimist. He believes anything is possible.

The last born of a family of nine, Jacob is enthused to encourage the youth and coming generation with one message: They are more than they think.

His passion and desire to help both the young and old has pushed him to sell his book in trotro.

A new Ghanaian graduate selling his own book in trotro is uncommon. He is determined and committed to be a game changer and problem solver.

He hopes to make a headway with his desire to be a motivational speaker before he starts his National Service in September.

It’s his desire to inculcate a superior mindset in people and motivate them to reach higher heights in life with his main focus on the SHS and JHS.

This has inspired himself to start a movement, he terms POWERHOUSE INCORPORATED. The aim is of Powerhouse Incorporated is to inspire the youth and help them discover themselves and live for a purpose.

He is an inspiration to himself and he seeks to build others to be same.