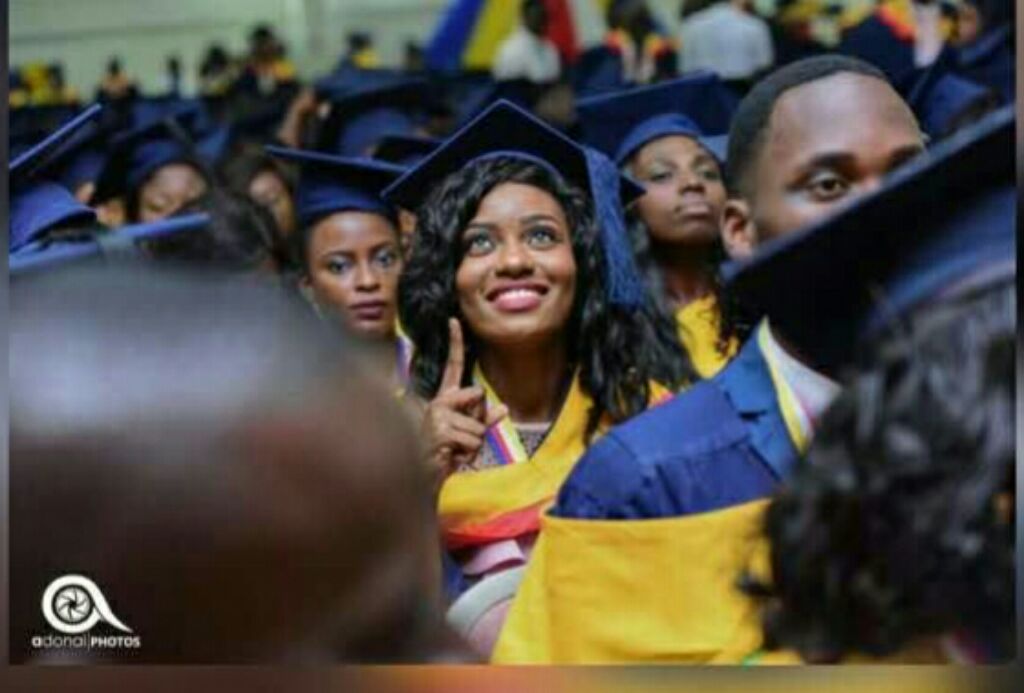 By Editor on October 19, 2017
A total number of 6,826 students who have pursued various undergraduate and post-graduate programmes are expected to graduate at the University of Cape Coast’s 50th Congregation for the 2016/2017 academic year.

The 2nd session of the 50th Congregation was on Thursday morning, 19th October, 2017 held to honour a total number of 2,128 graduands from the College of Humanities and Legal Studies who have completed their prescribed programmes of study, with their eligible academic awards.

Addressing the congregation, the Chairperson for the University’s governing Council, Mrs. Nancy Thompson, congratulated the graduands and encouraged them to make an impact on society with the knowledge and skills they have acquired.

“The University of Cape Coast is very proud to be sending you out into the world as its ambassadors. Never cease to espouse the motto of your alma mater: Veritas, Nobis, Lumen, meaning Truth, Our guide”, she remarked.

She added that they are now expected not only to make sacrifices but to also contribute significantly to the well-being of their families, community and the development of Ghana as a whole.

Mrs. Thompson, who became the Chairperson of the reconstituted council in July this year, commended the previous council, headed by Mr. Sam Nana Brew Butler, and the entire management, faculties and staff of the university, for their valuable services and hard work.

This according to her, has challenged them and also made their work considerably easier.

“I have come to appreciate the enormous responsibilities each member of the university community is shielding and admire the willingness of each to contribute his or her quota with commitment”, she stated

She also announced that the university is facing, among several other challenges, an inadequate funding for teaching, research and infrastructure development and therefore appealed passionately to stakeholders for material and financial assistance towards the execution of the university’s development projects.

“The university community would appreciate it very much if funds are made available to enable the university to expedite action on completing the infrastructural projects started with support from the GetFund but which have been starved and stalled for a number of years as a result of severe financial handicap”, she said.

The Chairperson of the Council reaffirmed the university community’s eagerness to see the resumption and completion of work on the projects which will alleviate the inadequate lecture theatre and office shape challenges confronting the university.

The Vice-Chancellor Prof. Joseph Ghartey Ampiah, in his words of advice to the graduands asked them to be very hardworking wherever they find themselves. This, he said, will open great doors for them.

He also disclosed that the establishment of the School of Economies and the School of Development Studies, has been given approval by the Academic Board.

Prof. Ampiah also took the opportunity to express his profound gratitude to some corporate bodies that have supported the university by way of offering sponsorships packages to students and sponsoring various activities of the university.

The 1st session of the congregation was held on August 12th this year, to award degrees to graduands of the School of Medical Sciences.

The 3rd session came off later in the day [Thursday, 19th October, 2017] with about 616 students graduating from the College of Health and Allied Sciences.

The 4th and 5th sessions, which will center on the College of Education Studies and the College of Agriculture and Natural Sciences respectively will come off on Friday, 20th October and will witness about 1,968 graduating from the college.

The final session will see 1,307 students from the School of Graduate Studies on Saturday, October 21, being awarded with various post graduate degrees.