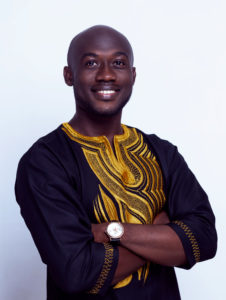 The consultation forms part of a process to amend the Persons with Disability Act, 2006 (Act 715) which article 29(8) of the 1992 Constitution of the Republic of Ghana mandated Parliament to pass.

Parliament passed the law fourteen years after, in which it established the National Council on Persons with Disability to propose and evolve policies and strategies to enable persons with disabilities to enter and participate in the mainstream of the national development process.

The implementation of the Act has had it’s own challenges and disability organisations, media houses, journalists, NGOs among others have shown commitment to advocate for a full implementation of the Act. For example, sections 6 and 7 of the Act provide respectively that public places and public services are made accessible by persons with disabilities; but four years after the decade transitional period, these provisions have inadequately been implemented.

The ‘Dignified Media Perspective on Persons with Disability’ consultation will discuss the Amendment Bill and the Regulation virtually with invited individuals from the media space including Media General’s Spencer Kwabena Boateng Mensah who has distinguished himself as an advocate for disability coverage, inclusion and empowerment.

Notable amongst his works is the ‘Christian Morgan Project’ in which he – with his NGO SpreadLove Home & Abroad – groomed and managed Christian Morgan, a teenager with visual impairment to immerge second runner up on TV3 Talented Kids reality show in 2017. His attempts to influence the youth towards disability advocacy has taken him to several universities and basic schools around the country. His report from China on comparative disability law of China and Ghana is also insightful.

The maiden season of his Star Ghana sponsored annual story ‘Journey to the West’ which catalogued the humiliation a wheelchair user goes through on a journey from UCC to the Western Region won him the 2018 Best Reporter (electronic) at the maiden Central Regional GJA Awards.

His commitment encouraged him to embark on a Bachelor of Law (LLB) programme which he has completed this year. Spencer holds a Masters of Arts in Communications Studies; Bachelor of Arts in Philosophy and Religion & Human Values, all from UCC and a Diploma in Journalism and Media Studies.
Source: 3news.com