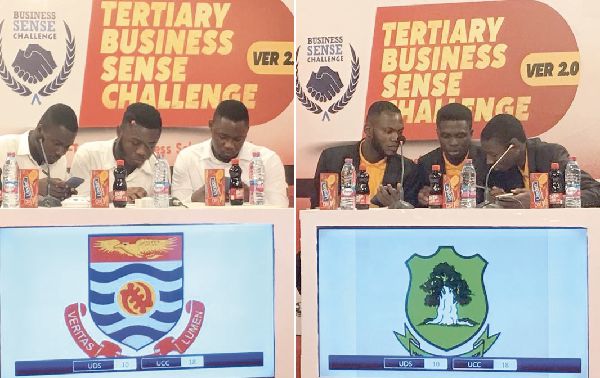 The University of Cape Coast(UCC) failed to hold their grip on the Graphic Tertiary Business Sense Challenge trophy after losing narrowly to the University for Development Studies (UDS). At the end of the contest UCC managed with 46.5 points while UDS had 55.5points.

UCC won the maiden contest last year but failed to keep the trophy this year.

UCC lived up to its reputation as the defending champions and managed to secure their place in the finals after beating the KNUST.

UDS on the other hand booked their seat at the final after emerging as the losing school with the highest score despite losing the quarter-final contest against the UCC. UDS further managed to beat the University of Education, Winneba (UEW) at the semi-finals.