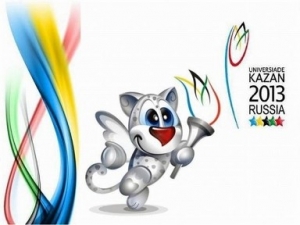 The University of Cape Coast has the highest number of sportsmen and women selected to represent Ghana in the World Universities Games to be held in Russia this year.

Out of 17 sports men and women which formed the Ghana team, six students of UCC who distinguished themselves in their respective sports discipline during the mini-Ghana Universities Sports Association (GUSA) Games held at the University of Ghana were nominated to form part of the Ghana team.

Coach Elvis Hagan of the Sports Section made this known at the 2012/2013 annual sports awards dinner held at the Centre for National Culture, Cape Coast.

Delivering an address at the function, the Pro-Vice-Chancellor, Prof. John Nelson Buah congratulated the sports team for raising the image of UCC higher in Ghana and abroad. He assured the sports team of the University’s continuous support to enable them give off their best.

The Student Representative Council Sports Chairman, Mr. Glah Uriah in his report pointed out that UCC sports achieved remarkable feat by winning silver and bronze at the 17th cross country. The women soccer team also emerged as the overall winners at the mini-GUSA games. He appealed to the university management to adequately resource the sports section to promote sporting activities in the university.

Several awards were presented to sports men and women as well as prominent personalities who had contributed to the development of sports in the country. Notable among the personalities was Mr. Ben Koufie, a former President of the Ghana Football Association and a Black Star player.