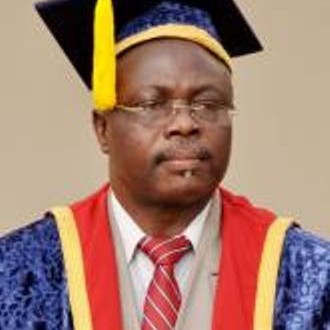 Statistics of admitted students for the 2015/2016 academic year of the University of Cape Coast(UCC) shows that female enrolment at the University is still low.

1,591 female undergraduates representing 33.7% of the total undergraduate admission were admitted in the 2015/2016 academic year.

This represented a marginal increase compared to the previous year which had 1,679 female students representing 31.3% of total number of admitted students.

Addressing this year’s matriculation ceremony for freshmen, the Vice Chancellor of UCC, Professor Dominic Kuupole stated that 4,715 of the 10,900 undergraduate applications received, were admitted, of which Graduate Students admissions showed a five percent reduction of female enrolment compared to last year.

He added that there was 11.9 per cent drop over the total number of students admitted last year.

A situation, he attributed to the  inability of students to meet the higher cut off points for most programmes.

Professor Kuupole further indicated that two students who used fake results to apply into the University had been expelled from the school the university. He therefore cautioned prospective applicants to desist from engaging in a similar act.

Meanwhile freshmen who face challenges in funding their education could secure assistance at the ‘Students’ Emergency Relief Fund’ which is a joint collaboration between the  Office of the Dean of Students and the Students Representative Council.

The Vice Chancellor also maintained that the University would not compromise on discipline and advised the students to abide by the ‘do’s and don’ts’ of the students Handbook adding that ‘discipline is the bedrock of every academic enterprise and the surest way to achieve success”.

He assured the new students that the University would work to ensure that security on campus was conducive to facilitate academic work.

Professor Kuupole also urged the students to make good use of the opportunities that came their way and learn hard to ensure that their full potentials were realized to enable them contribute significantly to the growth and development of the nation.